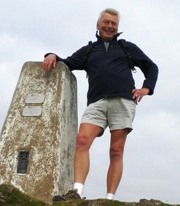 Something about me, alright then here goes; not the sharpest knife in the drawer when I left school and destined to work with my hands rather than my head, did seven years as an apprentice learning all about metal and how to make stuff out of it. Got married in 1972 and needed to earn some serious brass so I went to the highest bidder. A house and Daughter came along about the same time in 73. There was something missing in my life, and at the age of 27 I found it..Running.

It started off with running on the moors, but soon progressed to fell running over ridiculous distances. Had some success running in long distance fell races although I never won nowt, except the respect of other runners. An inspector on the buses (who worked with my Mam, she was a clippie) introduced me to marathon running, I took to it like a duck to water but after 36 full marathons decided I had given the marathon my best shot.
And after 22 years working with an amazing bunch of engineers, redundancy loomed.
So long distance running took a back seat.

Although running still played a big part in my life, earning money to stay afloat became the priority, I was lucky enough to find a job in the toolroom of a large kitchen manufacturer, I sharpened all the tools and kept the wheels of industry turning. After six years I was again made redundant and thought Bugger it I bought a van and became a self employed courier. It was the best thing I ever did, driving the length and breadth of the British Isles. My running kit went with me wherever I went. There were many opportunities for a run in unexplored and interesting places.

In 2004 at the age of fifty three I suffered a Heart Attack, it was such an unexpected shock.
The addition of some metal bits placed discretely in my heart soon had me up and back to driving, and it wasnt long before I returned to running. Due to circumstances beyond my control I wound up the courier business after seven years, and an understanding Royal Mail Manager gave me a job as a postman. I retired at sixty and ended up here.

Interests include:- Running (Almost 40 years) Walking, Travel (by whatever means are available) All things electrical and trying to get noticed on Over Fifties Forum. So far unsuccessfully! 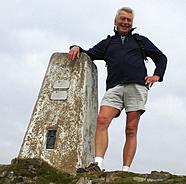