Anyone ever hear this before? if you did you would be over 70 now. My mother always had the radio on during the daytime and I remember this being played regularly when I was a child, never did find out what was in the box though but it must have been worse than T. Mays deal cos nobody wants to touch it.

I remember that song Jem .... gosh that takes me back!

It's quite catchy isn't it.

I remember that being sang at parties and we all joined in with the catch phrase,

As for the THING...it was probably a roll of sellotape.

Originally Posted by Mags ->
I remember that song Jem .... gosh that takes me back!

It's quite catchy isn't it.

It is very catchy Mags, an old lad sang it in the pub last night and I couldnt get it out of me head. I couldnt remember the name of it, but I eventually found it.

I knew a girl called Barb Dwyer, she was also very clingy and catchy.

As for the THING...it was probably a roll of sellotape

Could have been radioactive too, especially if it came from Cellafield.

One thing always amazes me, its the ability of some women to be able to repeat the same story over and over again, is it any wonder they make better witnesses than men, I hate having to say anything twice, its an effort for me but some women seem to enjoy it.
Take this morning for instance.
A young chap is decorating the front bedroom upstairs. When he arrived here to work at 10.30 he explained that a new shopping centre was opening near where we live, special offers all over the place, its surprising how far folks will travel just to see some has been singer and get 10p off a box of cornflakes or a free plastic keyring, anyway the traffic was terrible and that was the reason why he was not here at 9.am. as promised, fair enough.
We knew about the big opening ceremony but forgot about it, we were expecting my daughter and two of the wife sisters over so the wife went on to phone one of her sisters who would have to travel across the city to be here, she explained about the traffic as the lad had said, word for word, that made it the second time I heard it, she then went on to phone the other sister, again word for word. soon after she put the phone down the daughter arrives, she already knows about the traffic, she has just come through it, but the wife still has to tell her anyway, thats four times Ive heard the exact boring story and Im getting pissed off hearing it.
Finally they are all here, they sit at the table drinking tea and coffee and what do you think the wife opens the conversation withthe bloody traffic again! I felt like screaming out WE KNOW, WE KNOW! but I knew I would suffer when she got me on my own again. God above, if ever a man suffered, spare me a little mercy.

Originally Posted by Jem ->
I felt like screaming out WE KNOW, WE KNOW! but I knew I would suffer when she got me on my own again. God above, if ever a man suffered, spare me a little mercy.

You're just fault finding now as this is not a gender specific thing you know .

(never forgot this clip for the incredible tongue twisting

They were great together the two Ronnies.

Why do us humans always have the urge to pass on news, bad news especially? probably a bit of DNA that hung on from the time we screeched at each other from the treetops.
Then you had the tom toms in the jungle and the smoke signals in the wild west, and now God help us we have the internet where you can tell millions your news without opening your mouth.

There was a character in our old local years ago called Rasher Ryan, nobody knew his real first name, he was a printer and he used to produce a weekly newsletter and hand them out free to the locals, he was always the first with the local news and knew all about who was sick, who got a new job, who was sacked, who had a new baby, stuff like that, but he was never offensive to anyone and always asked their permission before he printed anything about them, we all loved his newsletter. he also compiled his own crossword with clues associated with other drinkers in the bar, but his speciality was keeping us up to date with who died in the area, he called the paper Micks Bar Gossip  or Guess Whos Dead I still have a few old copies up in the attic somewhere, I was proud to be mentioned in one or two of them, he always referred to me as Goldfinger
Alas no such characters around today.

Repeating oneself is more or less expected in old age, I prefer it to grumpiness any day, a grumpy person effects everyones mood, barring of course they are ill and possibly in constant pain.
I still maintain that a grumpy child will go on to be an even grumpier adult and a totally unbearable old person, living in the same area all ones life as I have you get to see this play out, some of the kids I went to school with are still knocking around, I have a drink with some of them, and the jolly types are a bit slow now but still jolly and keeping the good side out, the rest have honed their moaning skills to perfection and never stop showing them off.

Thing with the internet is some just like to leisurely pass the time of day, some just want to spread tittle tattle whilst others like doom and gloom etc. Some can pretend to be summat their not and we are seeing more aging Lolitas and Lotharios coming out of their closets on th'internet these days chucking their love around willy nilly .. still I suppose it beats doing the dishes and cooking supper. A good idea for TV show maybe... Desperate Internet Housewives.

Funny how a few written lines can trigger something you read or heard either yesterday or from many years ago.

Unlike today back in 44 there was nothing very fast to share our news Your chap Rasher set me to thinking on a newspaper I was told about in a POW camp. POW WOW was an underground newspaper, run by prisoners of war in the Stalag Luft I camp in Nazi Germany. Its name stood for Prisoners Of War and its motto was The only truthful newspaper in Germany to be read silently, quickly, and in groups of three.

It gave prisoners information on what was happening outside of the camp, and how close the war may be to being over. At the height of its circulation, it had over 9,000 readers and was translated into French and Russian as well as English.

Despite the obvious risks involved in getting this paper out, it was testiment to mens bravery and ingenuity against all odds.

Im obliged to you for that link Solo, very interesting, fascinating the ideas people come up with under pressure and the ingenious ways of concealing things, great read.

Ill be missing here for a week or so, were off to Wexford tomorrow, we promised the wifes brother wed be there for his 70th birthday, I really hope the weather improves for the week ahead.

That reminds me, we havent heard from RJ this past while, maybe hes on holidays, I hope youre OK young fella.
See you all soon, be good now.

Wishing you both a safe journey and a very happy holiday 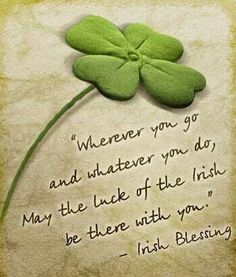