Originally Posted by Surfermom ->
Bruce, I've seen pictures of your Izuzu. It looks sharp, and from your reports of from your long-distance driving

, it seems to be very reliable. Do you have manual windows and door locks? I would think that those would be plusses for you since you are handy and spend a fair amount of time in remote locations. Isuzus aren't sold here anymore, though they appear from time to time under different brands like Honda. I think Nissan may have made something similar to yours?

Spitfire, good for you on the discount. I like to think that I can negotiate the moon away from the sun, so even a discount hopefully I'll be able to reduce the price enough that I can eat something beside rice

for the remainder of the year.

Muddy, send your husband over and he can scratch his itch searching for the right car for me

Rhian, I read about your program with interest and I can see why it would work really well for you, especially in regards to the maintenance and concerns about the vehicles long term. We don't have any programs like that over here. Are you driving a sedan or one of their SUVs?
A growling, responsive little A1!
Drives like a dream

may be bit different in the USA, Can only speak for UK vehicles

Have a look at ex demo models, I got Sue a fantastic Honda civic estate 1.6 diesel. With only 6,000 miles on the clock. And no road tax to pay either from a main dealer. This was a fraction of the price of a new car,even had satnav. Sue can get between 60 and 70 MPG around the houses 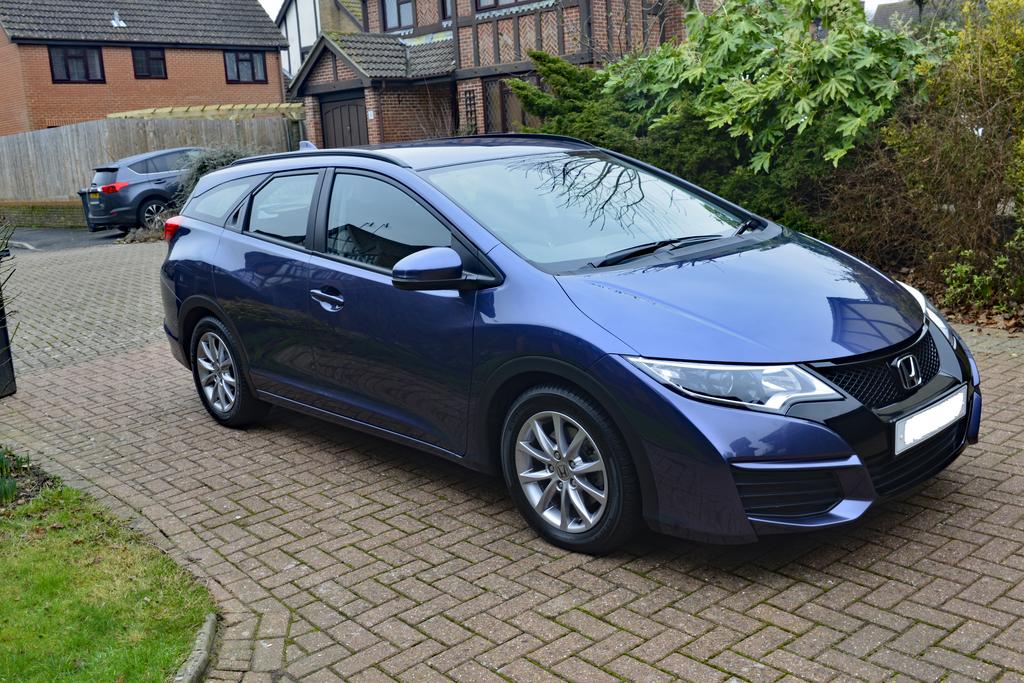 got rid of this Kia ceed estate( Korea built) 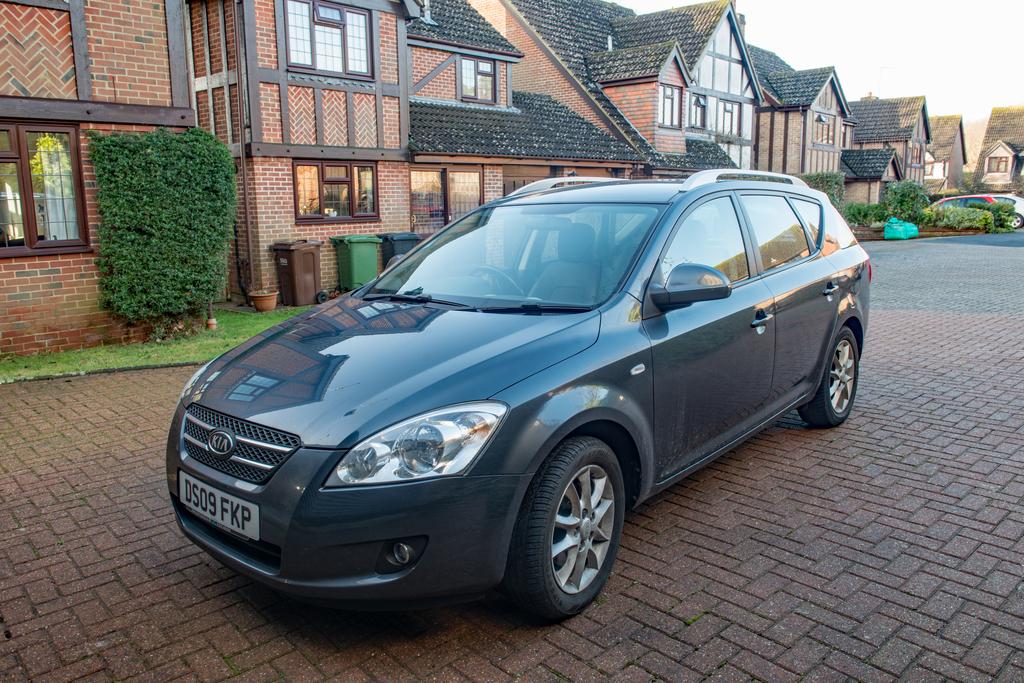 the build quality was rubbish, even the so called alloy wheels started to rust around the hub not the rim.Radio that might or might not work and Kia dealers refused to replace it even under warranty, saying it was electrical which the warranty didn't cover, even though it was new at the time. Only got it as it was all we could afford at the time

You can instantly tell the difference between the Honda and the Kia as soon as you shut the door,tinny sound against a firm clunk on the Honda.

Have to say after having the Kia getting into the Honda there was no comparison. I just could not believe how much better the Honda was.

I have always been a fan of Japanese cars-Toyota -Isuzu -Honda- Nissan and had a good few of them. Not once has any let me down
Had a Kia Sorento new and the wiring packed up causind seveal problems Went to 2 kia main dealers and they also refused to replace the wiring faults ,even under waranty

Can only come to the conclusion Kea only interested in selling cars,after that service/repairs you are on your own. The 7 year thing advertised is a "come on" they don't back it up

That Honda is Sue car ,I have the Nissen Xtrail Tekna, ordered it with 7 seats+ towbar ( had trailer at the time)

New cars used to be about more style, more power etc etc, no longer fun, like iPads on wheels.

Originally Posted by Surfermom ->
Bruce, I've seen pictures of your Izuzu. It looks sharp, and from your reports of from your long-distance driving

, it seems to be very reliable. Do you have manual windows and door locks? I would think that those would be plusses for you since you are handy and spend a fair amount of time in remote locations. Isuzus aren't sold here anymore, though they appear from time to time under different brands like Honda. I think Nissan may have made something similar to yours?
It has electric windows and remote door locks. These dual cab utes have basically replaced the family car since Holden and Ford stopped making Australian designed and built family cars a few years ago.

Toyota HiLux is the standard by which they are all judged. Ford, Holden, Nissan, Mitsubishi even the Chinese Great Wall and VW make them. They are all much of a muchness with a (usually) 2.8 to 3.2 litre turbo diesel and 4 by 4x4 or 2 wheel drive options. The Holden Colorado for example is just an Isuzu Dmax body with a 2.8 litre GMH turbo diesel compared to the Isuzu 3 litre turbo.

Mine is just a tradies version of one but I am very happy with it. My son just bought a 2nd hand Nissan Navara manual. The Nissans are very boxy. 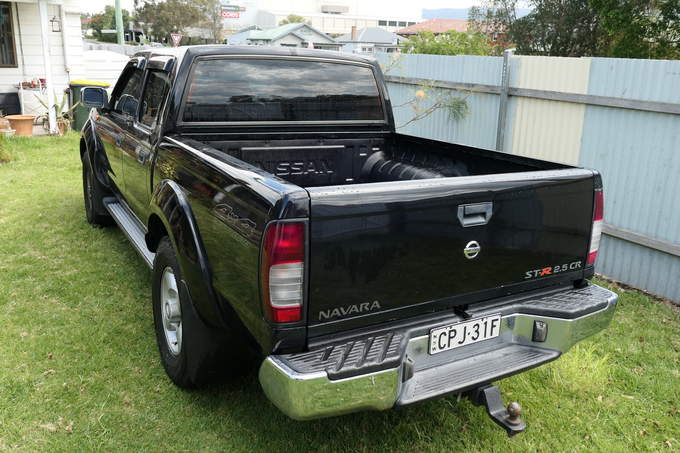 We had just removed the roll cage so he could have a canopy fitted over the tray.

Rhian, I know those Audis well. My good friend drives a model exactly like yours, right down to the color!

Realspeed, like you, I am a fan of small wagons. My current go-to car is an Acura wagon that gets a zillion miles to the gallon. We have put over a million miles on Hondas having bought our first Civic in '85. I wish they sold your wife's model over here!

Bruce, that truck is called a Hardbody over here, with the later models being called Frontiers. They are hard to come by and keep their value because they seemingly last forever and are easy to repair, which is one of the reasons they are so ubiquitous.Unfortunately their reliability means they pop up in the news quite a bit with machine guns mounted on the back. I actually asked about whether your windows and doors were automatic thinking of this particular truck.

Leasing is growing in popularity amongst my family circle.

I used to think that leasing a car would be an expensive waste of money.

But, for example, one of my grandsons recently leased one from a main ford dealer.

When you do the maths, it works.

Plus no further worries about having to get rid of a diesel, etc, as the price of fuel changes.

Ted, leasing is fairly popular over here, but there are caps with punitive overage fees if one drives to far over the terms of the lease - somewhere between $.10 and $.35 per mile.

I am currently driving about 35K, which, in doing all the math from USD to GBP would be about the cost of my right kidney