I spent a lot of time in Venice in the late 1990's through my work and I adore the place. They certainly need to safeguard the city from this flooding.
Too many corrupt people around it seems, i.e. the mafia probably?

I'm very fond of Venice having spent only few days there. What a jewel it is! I can only imagine what it is like to have to deal with the flooding, the crush of tourists (like me), and the exodus of residents and shop owners. I wish them resolve as I expect that being a Venetian is becoming more challenging all the time. 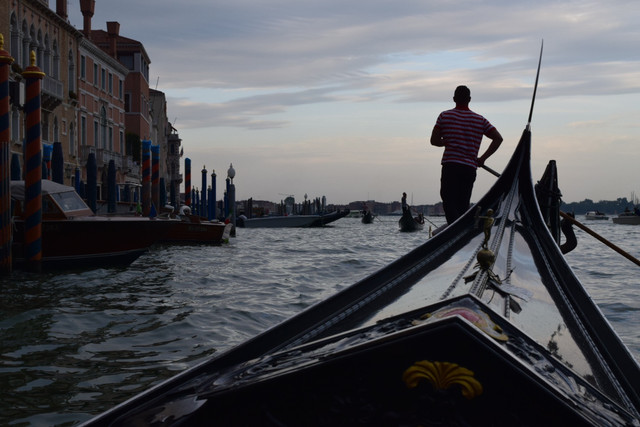 Must be climate change 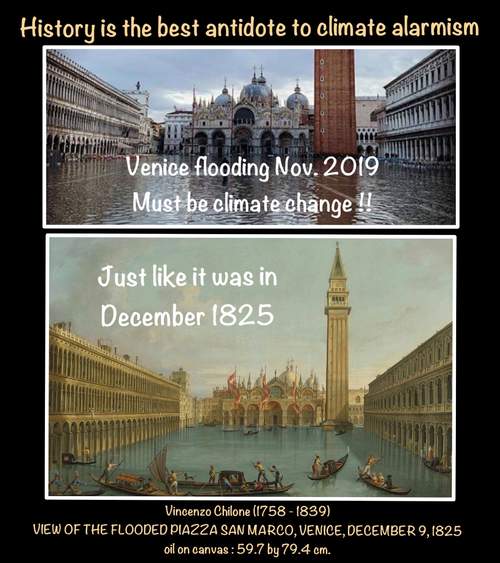 Originally Posted by Surfermom ->
I expect that being a Venetian is becoming more challenging all the time.

Sadly for a great many years now, only 1 in every 10 people living in Venice are actually "Venetians". The real people were long since pushed out by the influx of business.


Here are my token Venice shots:

First a different perspective. A view of the Fincantieri Shipyards as the sun sets. New cruise ships emerge from the Wembley style archway when they set sail. 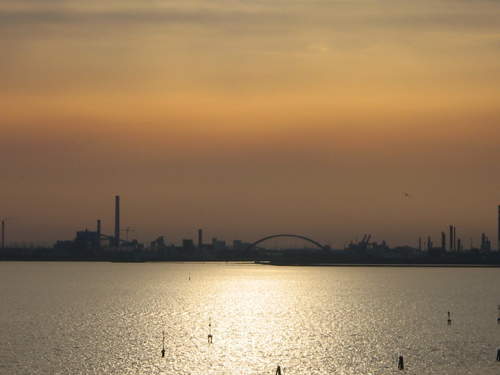 Second, a view over the roof tops of St Marks and also the cathedral during the phase it was being renovated: 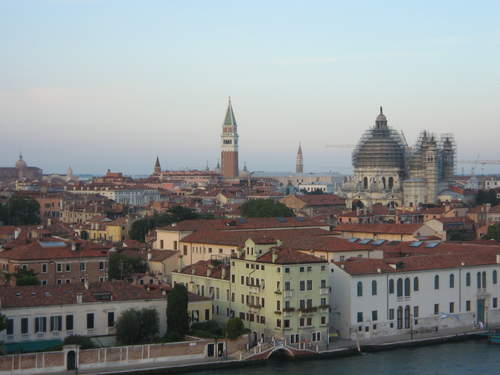 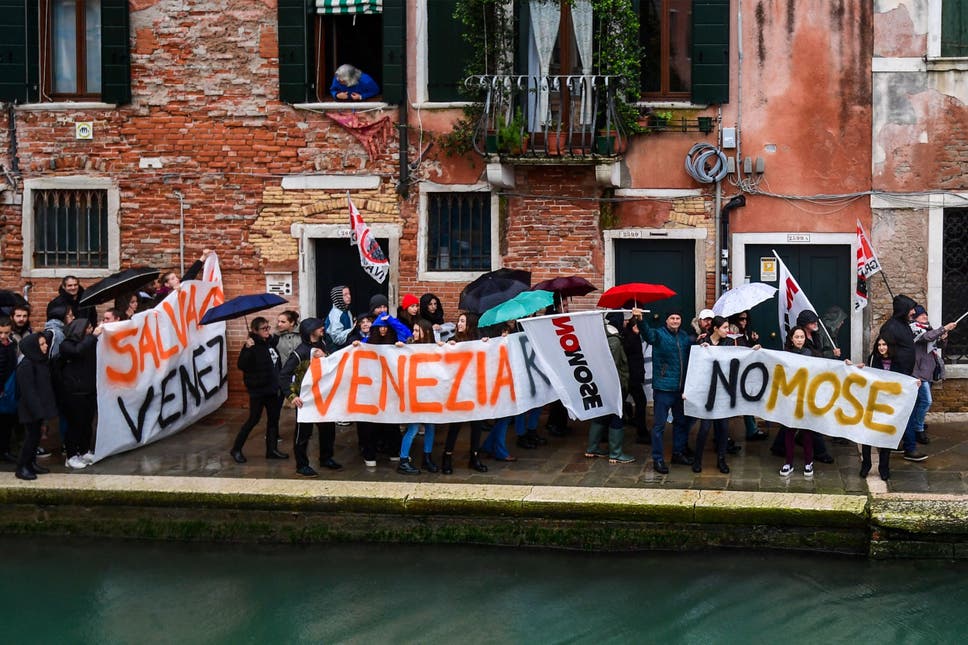 Following some of the worst flooding on record, thousands of Venetians were out in force to protest against large cruise ships entering the city.

Between 2,000-3,000 protesters were stirred into action by the No Grande Navi (No Big Ships) collective, which wants to have large cruise liners banned from docking in Venice.

Progress was made of the issue of cruise ships earlier this year, when the Italian minister for transport, Danilo Toninelli, announced ships would be rerouted away from the centre of Venice to ports such as the outlying Fusina and Lombardia terminals. Both these terminals are still within the Venetian lagoon.

I'm not understanding the link between natural flooding of Venice and cruise ships.

Is the article trying to assert that cruise ships cause the flooding?

Originally Posted by Realist ->
I'm not understanding the link between natural flooding of Venice and cruise ships.

Is the article trying to assert that cruise ships cause the flooding?
I don't think so:

Such comments could only come from total ignorance.

Cruise ships are mandated to enter and leave Venice at an absolute crawl speed. It's actually what makes the experience so magical for passengers who get up early in the morning to see the sail-in.

From the outer markers on the outskirts of the lagoon it takes over an hour for a ship to trickle along at an absolute snail's pace to arrive at the berths toward the back of Venice.

I've witnessed it many a time. Getting up at 5am or 6am to see the majestic entry.

You could here a pin drop.

No movement, no sounds of other boats, the city still in slumber.

There is often a morning mist obscuring vision which gradually rises revealing the beautiful towers and the cathedral dome.

It is a spectacular thing to behold

But waves? No that is patently absurd and a total lie.

waves are generated by the multitude of normal Venetian water traffic. Many 100s of small boats racing up and down the canals constantly day in day out.

Your cruise ship traversed its route just once in the morning and again when it leaves at night.

The truth is cruise ships are a target because of the flood of tourists they bring and because the locals aren't getting any of the benefit financially.

Cruise ships have absolutely nothing to do with Venice's long standing flooding issues which as an earlier poster highlighted have been a problem for countless years, long before cruise ships were even dreamed of.

It's Italian ineptitude  not cruise ships  that is ruining Venice