Originally Posted by realspeed ->
well before I got marriked I went up to Scotland and had a great time. A really friendly place to visit.

Little story
My pal and I drove up to Scotland and just crossed the border. it was eary morning so we pulled into a small village and sat the the vehicle waiting for the cafe to open.

Up come this great big copper and asked what we were up to. We said we were waiting for the cafe to open as we had driving up from the south of ENgland and were hungry.
So what did he do ? We could not believe it. He went to the cafe owners house and woke the guy up to get him to open up for us. That was our first introduction to Scottish hospitality

That's a lovely story, RS, we are decent folk up here

Originally Posted by realspeed ->
Bruce
I thought your country was civilised. Dirt roads ? honestly don't your local authorities use Tarmac or have they not heard of the product. Seems to me there are thousands of jobs right there making the roads up. When they have done that think of the follow up jobs filling in the pot holes. Then there could be a lot more McDonalds with all the jobs that would create.
Tarmac is a trademark so it is very unlikely our roads covered with it, however they do use bitumen as a road surface.

When talking about an "adventure" we are talking about the road less travelled not about 1000 people being pampered on a cruise to over populated Europe. Obviously on an adventure there is nothing more adventurous than dirt roads and having to carry everything you need to sustain life and get you out of trouble.

It is probably hard for you to grasp the concept of being more than 5 minutes from the local Tescos but that is what we are talking about. At the last census the Bulloo Shire containing Camerons Corner had a population of five persons living in its 74000 sq km.

I am pleased to report 140km to the east there is a store and two pubs at Tipooburra (pop 134) but no Maccas so you would have to do without your Big Mac.

BTW dirt roads are graded regularly. Perhaps the idea of an "adventure" is foreign to you? 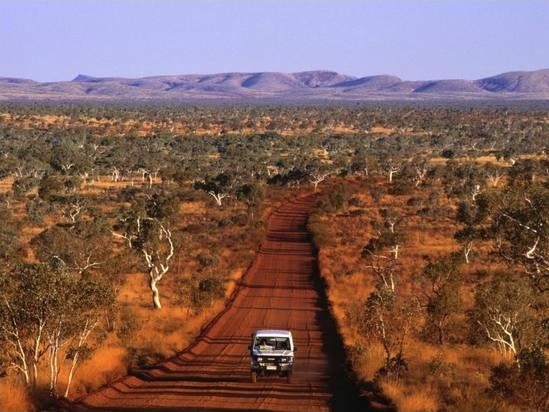 well to fill up all that empty space we can send you several thousand illegal immigrants.
swimfeeders
Chatterbox

So are the people.

So are the people.
Everyone is welcome here Swimmy, but please do bring some sunshine if possible!

l think most places in the U.K. are all booked up!
Correct !

Haha! The minute you made reference to it, I knew exactly the Norway/Iceland cruise you have planned, as it was on our short list a few months back! I think it's a superb choice!

We are fully vaccinated and ready to go whenever the host nations are ready to open their borders.

After considering whether or not we would truly welcomed and what places might be closed (museums, attractions, etc.) our plans have shifted, but like you I am ready to go when the coast is clear.

Have a fantastic time and I am really looking forward to your report and review, as I expect you will be seeing some fantastic scenery!
realspeed
Chatterbox

This booking we made is for next year, so hopefully this virus will not stop us

Originally Posted by realspeed ->
well to fill up all that empty space we can send you several thousand illegal immigrants.
Haven't you heard? the international borders are likely to remain closed for another 12 months so we will have to decline your kind offer.