Mr Cameron says Greensill was not asking for direct government support or "some form of bailout".

The former prime minister has just confirmed he was a regular attendee at Greensills board meetings, but that he was not a director. If he had attended things like the risk and credit committees the question of whether he was a 'shadow director' may have come into play.

A 'shadow director' is someone carrying out the role of a director, or who is perceived to be a director by third parties, even if they dont formally have the title. During insolvency procedures, directors and shadow directors are considered to have the same duties and obligations, and can face the same potential sanctions.

Conservative MP Harriet Baldwin asks about Mr Cameron's relationship with the Treasury's top civil servant Tom Scholar. Asked why he signed off one of his text messages to Mr Scholar as "love DC", Mr Cameron responds: "I tend to sign off text messages with 'love DC'."

Mr Cameron is asked about the 'persistence' of his texts and emails. Mr Cameron says he was "persistent" because fintech is "not so well understood" and that he was "very enthusiatic" about the Greensill scheme.

Labour's Siobhain McDonagh repeats Mr Cameron's former words back to him, when he used a 2010 speech to refer to lobbying as "the next big scandal waiting to happen". Mr Cameron is asked if he understands the "irony" of his previous words, in relation to the Greensill scandal.

Labour's Emma Hardy asks Mr Cameron if he believes 56 attempts of lobbying during a pandemic and using Treasury ministers' and officials time was a useful use of their time.

Labour's Angela Eagle tells Mr Cameron his messages to ministers and officials were "more like stalking than lobbying" and asks if Mr Cameron ever referred to himself as a "director" on behalf of Greensill. He admits one letter may have stated this, but it was a "mistake".

Cameron again refuses to reveal his Greensill salary but doesn't deny he would have been a multi-millionaire if Greensill had been a success. Asked if he has paid UK tax on his Greensill earnings, Mr Cameron says he has.

Mr Cameron is asked how many times he used one of Greensill's private planes to fly to or from Newquay, close to his third home, and whether he has an estimate of the taxable benefit. He replies: "I haven't got a complete record of the use of planes. I did use it a handful of times on (non-business) visits and, of course, all proper taxes and all those things will be dealt with in the proper way."

Back comes Mr Stride, who says Mr Camerons refusal to reveal his Greensill income has been gnawing away at him. But Mr Cameron wont budge. All this is making Mr Cameron look very shifty. His refusal to say how much he was paid, along with the admission that he used the Greensill jet as a taxi to his Cornish holiday home, paints a picture of a corporate fat cat living a millionaire lifestyle.

Mel Stride ends the evidence session.
Cameron is holding up well but his evasions are doing him no favours .....

That's the end of David Cameron's first appearance before MPs today. But it's not the end of the day for the former prime minister.

Next up, he's facing the House of Commons' Public Accounts Committee.
swimfeeders
Chatterbox

Cameron has more difficult foes to challenge, those with the power to get the paperwork.

Mr Cameron's second appearance before MPs is now beginning - as he appears before the Public Accounts Committee.


Committee chair Meg Hillier says this session should last only an hour.

The SNP's Peter Grant focusses on Mr Cameron's decision to go and work for Mr Greensill, once he had left Number 10.

Mr Cameron says there was "no conversation while I was in office with Mr Greensill about potentially working for him". "I met him twice and that was never raised with me," adds the ex-prime minister of his relationship with Mr Greensill while in Downing Street.

Mr Cameron suggests Greensill approached him to work for them in a bid to win over new clients in places like India and China. He says the public sector side of the work was "very much later" and that he was initially focussed on winning new big corporate clients.

Mr Cameron says he "wasn't aware of any conflicts of interest" in the rollout of the supply chain finance scheme for NHS pharmacies. The running of the scheme was was initially handed to Citibank - a former employer of Lex Greensill.But Mr Cameron says he believes this is because Citibank was the government's existing payment agent. Mr Greensill's firm went on to won the contract for the pharmacies scheme in July 2018, which Mr Cameron says followed a "competitive tender".

Mr Cameron is asked about former senior civil servant Bill Crothers, who was an adviser for Greensill while also a civil servant. Mr Crothers went on to become a director of Greensill after leaving the civil service. Mr Cameron says he was not aware of Mr Crothers's Greensill role while he was PM.

"I met Bill Crothers when I was prime minister and he working in government, but at no stage did a talk to him about Greensill at that time," he says.
Well, that seemed a waste of time - Cameron just denied any "nefarious" connections .....

Originally Posted by Omah ->
Mr Cameron's second appearance before MPs is now beginning - as he appears before the Public Accounts Committee.

Well, that seemed a waste of time - Cameron just denied any "nefarious" connections .....

It is never a waste of time, it provides evidence for further investigations and highlights the abuse of position by Politicians past and present.

Greensill did not get special treatment, says Sunak


Chancellor Rishi Sunak has said he would not have done anything differently in his approach to Greensill Capital amid questions over the firm's lobbying. He added that intensive lobbying by David Cameron did not mean the finance firm got special treatment. Speaking to MPs on the Treasury Select Committee, Mr Sunak said he had looked at issue "on the merits of it".

But Labour MP Siobhain McDonagh said she found that hard to believe. Addressing Mr Sunak, Ms McDonagh said: "25 texts, 12 WhatsApps, 8 emails, 11 calls and 9 meetings with senior ministers and officials. Can you name me another company that got that amount of access at the height of the crisis?"

Mel Stride, the committee's Conservative chair, told Mr Sunak that claims he was not swayed by Mr Cameron were not credible.
Now Rishi's getting drawn into the conspiracy of denial .....

Former ministers and top officials should face bans on lobbying government for up to five years, an ethics watchdog has said.


In a report, the Committee on Standards in Public Life said the current two-year ban "may be too short in some cases". It also suggested rules on taking post-government jobs should be written into civil servants' contracts. The recommendations come in the wake of the Greensill Capital lobbying row.

The committee, which advises the prime minister on ethical standards across public life in England, has been reviewing the current rules since last autumn. Publishing its interim findings on Monday, it said government departments should be able to issue longer lobbying bans "where they deem it appropriate" - although it should "not become the default". It also suggested giving the rules greater teeth by writing them into civil servants' contracts of employment, and setting up "parallel legal arrangements" for ministers.

The review also named Mr Cameron when it recommended that "informal" lobbying of ministers via phone and text messages should be reported to officials. It said his "extensive" use of emails, phone calls and text messages to contact ministers and officials last year, as Greensill sought involvement in government Covid loan schemes, had not been disclosed by departments. The committee added that government transparency rules should be amended to close this "loophole," under which phone calls are not disclosed unless they are part of an official meeting.

Elsewhere, the committee also recommended that the prime minister's adviser on standards should be able to launch independent investigations into ministers suspected of breaching the code that governs their conduct. At the moment, the adviser can only be launch such inquires if told to do so by the prime minister. The PM also decides if the code has been breached.

The committee said this lack of independence had undermined public confidence in the code - and a recent change enabling the adviser to "confidentially" raise concerns with the PM did not represent a "substantive improvement".
It's only the interim report but it's naming names and detailing the opportunities for obfuscation, including BJ taking control of ministerial "blame".

David Cameron showed a "significant lack of judgement" in the way he lobbied the government on behalf of Greensill Capital, a report has found.


The Treasury committee also questioned the former prime minister's judgement on the financial health of the now-collapsed lending firm.

The report comes after Mr Cameron was found to have lobbied for Greensill by sending texts to the chancellor.

The Treasury committee said that while Mr Cameron did not break the rules over lobbying by former ministers, there was a "good case for strengthening them", with the current ones offering "insufficient strength".

The committee concluded Mr Cameron's "less formal means" to lobby the government to help Greensill, where he was an advisor, were "aided by his previous position of prime minister".

They added had he "taken a broader and more enquiring assessment of the business", there were "signals available" which might have led him to take a "more restrained approach" when asking the government to help the firm.

Mel Stride, chair of the Treasury committee, said the Treasury "should have encouraged" Mr Cameron into "more formal lines of communication as soon as it had identified his personal financial incentives".

He added: "However, the Treasury took the right decision to reject the objectives of his lobbying, and the committee found that Treasury ministers and officials behaved with complete and absolute integrity."
In conclusion, a whitewash ..... 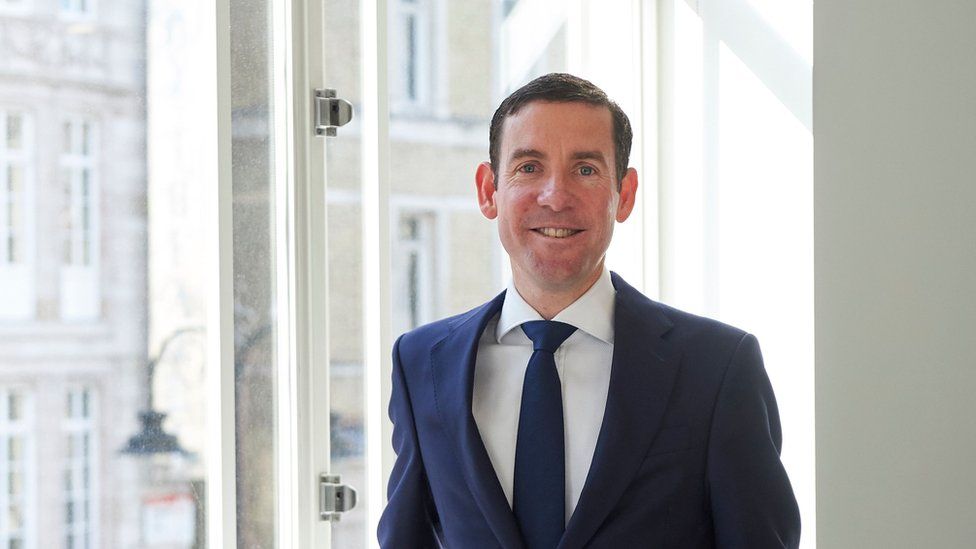 
The report says the Australian financier's government role gave him "a marketing platform" for his business. Civil servants "should have considered" the conflicts of interest, it adds.

Mr Greensill undertook a period of informal work with the government and was later appointed as an adviser on supply chain finance in an unpaid role from 1 January to 31 March, 2012.

Report author Nigel says this appointment appears to have been "properly made" but adds "this area of public appointments is opaque and ill-defined".

"The process should be more clearly delineated, and requires greater transparency to maintain public confidence."

At this point, Mr Greensill had not yet set up his company, but Mr Boardman says "potential conflicts of interest" such as his "proximity" to banking giant Citibank should have been considered "more fully".

He also notes that Mr Greensill was able to start work "before receiving the appropriate security clearance".
Dodgy dealings .....