Are there any updates on this as its quite intriguing!

Originally Posted by Artangel ->
Are there any updates on this as its quite intriguing!
https://www.dailymail.co.uk/news/art...elize-cop.html


The daughter-in-law of a British billionaire will be charged today over the mystery shooting death of a leading police officer in Belize, according to the slain cop's family.

Jasmine Hartin, who is married to the son of Lord Michael Ashcroft, has been in custody since early Friday morning after Superintendent Henry Jemmott, 42, was found floating dead in the water off San Pedro island.

The two were drinking and socializing on a pier before dad-of-five Jemmott was killed by a bullet which hit him behind his right ear, allegedly fired by his own service weapon.
Hartin told detectives she was giving the officer a massage moments before the freak accident, according to local news reports. The pair had reportedly been playing around with the weapon before the shooting.

The officer's sister, Marie Jemmott Tzul, told DailyMail.com Sunday night that the blonde socialite was about to be charged and would make her first court appearance within days.

An unconfirmed report on Belize television suggested that glamorous Hartin, 38, would be charged with manslaughter after she told investigators the Glock pistol went off accidentally as she handed it to Jemmott.

The Belize Police Department Police could not be reached to discuss the report.

An officer who was among the first on the scene suggested that Jemmott fell on to Hartin after he was shot, and he fell into the water when she pushed him off.
The Police Station: 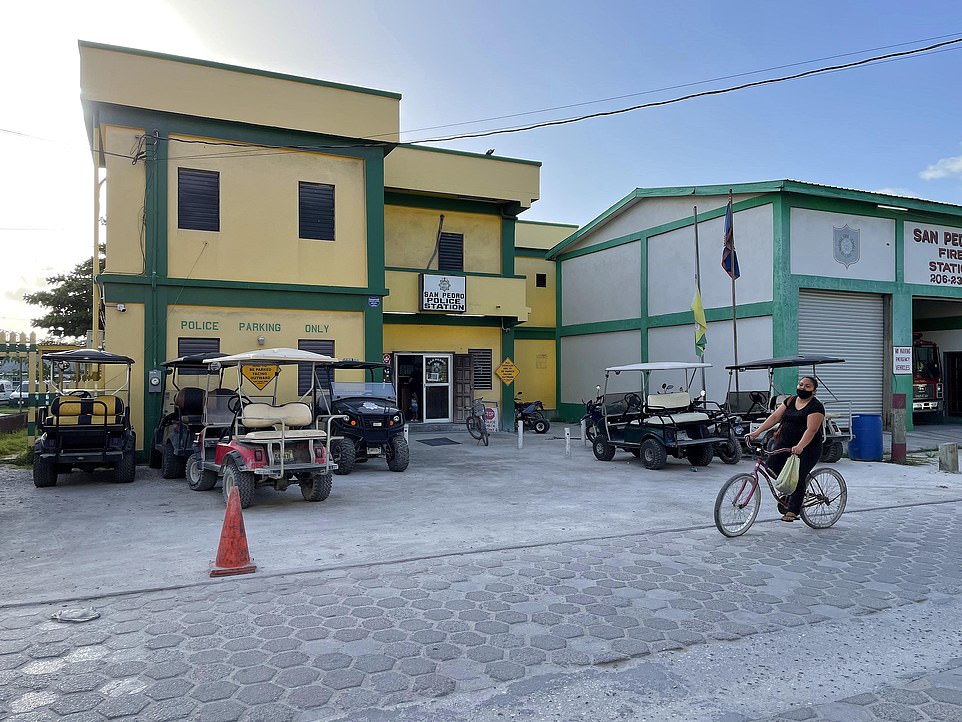 Hartin is in custody in a holding cell at the San Pedro police station jail which one local described as 'hell on earth'.

Commissioner Williams said: 'She is a lady who is used to luxury. Whenever you see her she is always perfectly dressed, her children are always perfect. She is a nice lady, very polite and beautiful. I can't imagine her in there. I have been inside that jail. The cell floors are made of dirt and the whole place smells of urine.'

Thanks for that. Its still... all very odd.

Originally Posted by Artangel ->
Thanks for that. Its still... all very odd.
I am reminded of that other "odd" murder - Andy Williams' ex-wife, singer Claudine Longet, killed her boyfriend, former Olympic skier Spider Sabich but was convicted of negligent homicide, served 30 days (weekends only) - the family of Sabich sued in a civil court but were paid off to withdraw - Longet retired and married her (now-divorced) attorney.


Jasmine Hartin has been charged with manslaughter by negligence after a police superintendent was shot dead in Belize. Her lawyer Godfrey Smith told reporters late on Monday that she had been denied bail and will be remanded in prison.

Hartin is expected to be taken from San Pedro to Belize City tomorrow for remand to prison.

Police Commissioner Chester C Williams told local media that Hartin avoided making a statement, preferring to wait for the presence of her lawyer.

I used to volunteer there .
Its run by a philanthropist so its not so bad relatively speaking However compared to life as a weathly socialite it will be dire .

The scene of the incident at Mata Rocks Alaia Resort San Pedro in Belize. At the end of the pier is the victim's blood 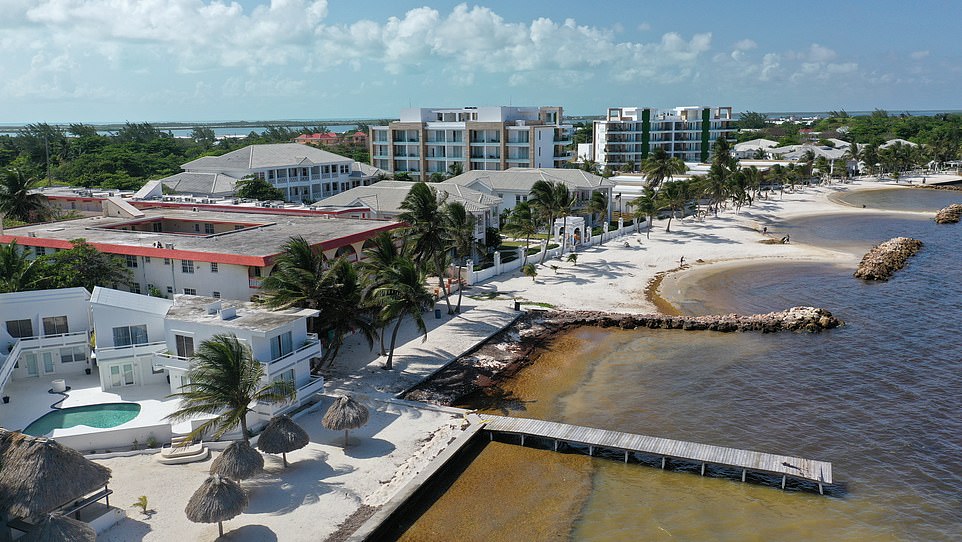 Miss Hartin and Andrew Ashcroft had earlier attended a party on happy-go-lucky San Pedro  celebrated in the Madonna song La Isla Bonita  and she had been drinking with Mr Jemmott on a pier near Andrew Ashcroft's luxury Alaia resort.

It's no secret that, although violent crime in the country isn't high and is largely confined to warring drugs gangs, the Belizean police encourage upstanding citizens to acquire guns for personal protection.

Sources say Mr Jemmott, a friend of the couple who was off-duty but carrying his gun, suggested Miss Hartin get one for herself and they examined his Glock pistol.

The firearm, which some regard as being light on safety features, accidentally went off while she was handing it back to him and shot him in the back of the head.

Prosecutors have now charged Miss Hartin with manslaughter with negligence, which can incur a five-year prison sentence but, if a guilty plea is offered, it can simply result in a fine of less than $20,000 (£7,000), some of it going to the bereaved family and some to the court.
Jasmine Hartin on her way to prison. 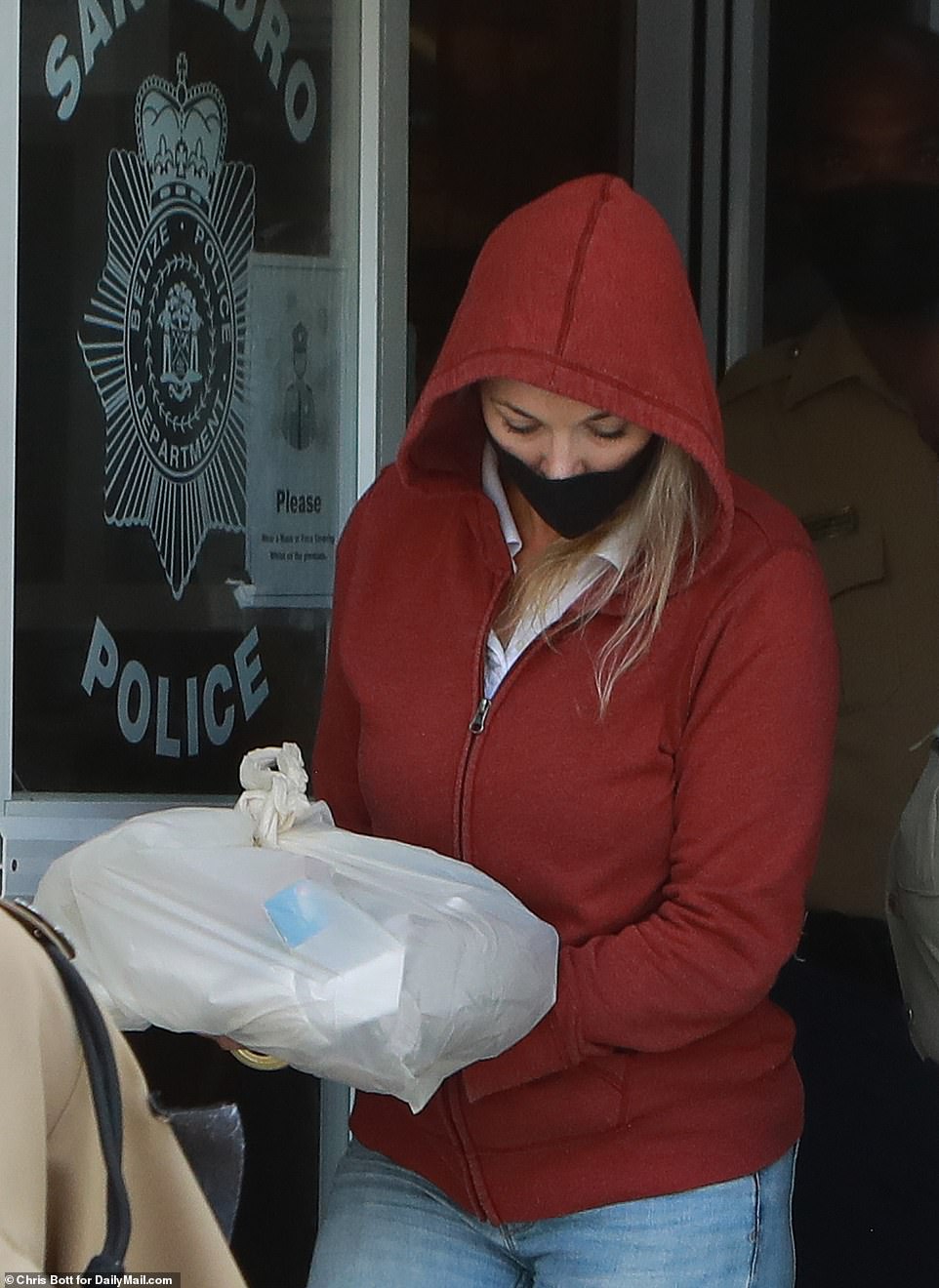 The prominent Belizean cop shot in the head by socialite Jasmine Hartin told a friend he was going on a date the night he was killed.


Police superintendent Henry Jemmott also joked that he would take the identity of the woman 'to the grave' with him, when the curious pal probed him for more details on the afternoon of May 27.

Jemmott, 42, had also boasted that he was staying for free at the Grand Colony Villas - a luxury resort operated by Hartin's husband Andrew Ashcroft, the son of British billionaire Lord Michael Ashcroft - in the swank coastal enclave of Ambergris Caye.

The resort is sandwiched between the gleaming new Alaia hotel, a recently-opened Ashcroft property, and the Mata Rocks hotel pier where Jemmott was found dead just a few hours after the conversation took place.

Police say Jemmott was found floating on his back 30ft from shore, while Ms Hartin was found 'covered in red substance as that of blood'.


The handgun was nearby, with the empty shell casing that housed the fatal bullet still inside. It was loaded with another live bullet, while a second live round was found on the jetty.
Hartin has spent four days holed up in a tiny concrete cell at the stiflingly hot police and magistrates court complex in San Pedro and will spend at least another week behind bars, locked up in a tougher prison - Hattieville - on the Belizean mainland, after a judge scheduled a court appearance for June 9 and denied her request for bail.
Hartin was pictured behind bars by local media on Monday evening 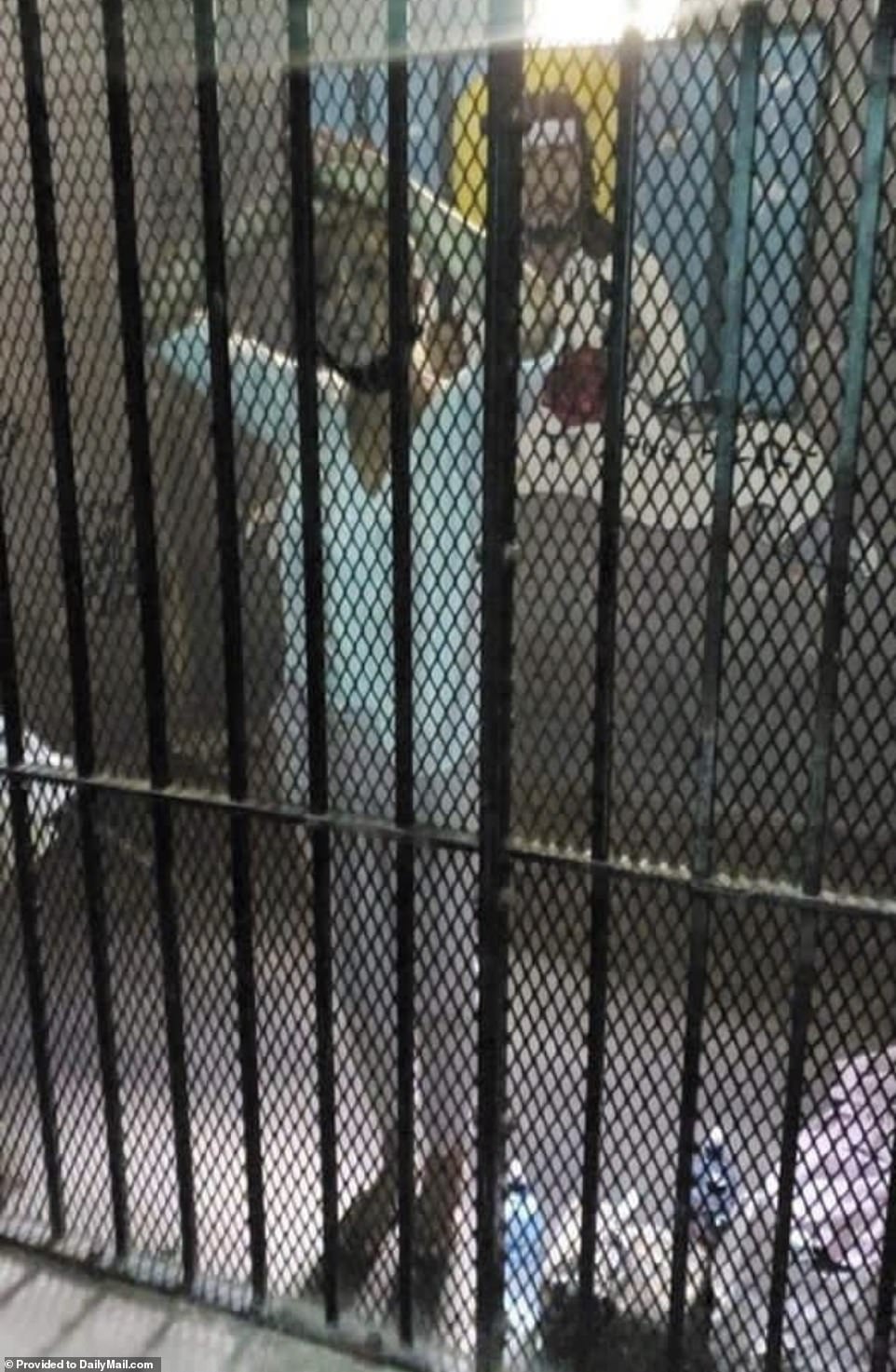 The investigation gets more complicated (and "odder") by the day and is surrounded by rumours of drugs, hit-men and "diva" behaviour .....

I used to volunteer there .
Its run by a philanthropist so its not so bad relatively speaking However compared to life as a weathly socialite it will be dire .

Ah yes. The Kolbe Foundation. Interesting. It's a balls out creationist propagandist outfit. Still if it eases the discomfort of criminals ----