Today was a lovely autumn day so I took my trusty camera for a walk in my Lovely Cousin's home county. I have been here for 37 years but still considered an incomer.

This is the view from a housing estate not far from my home.
An old lady stopped me and what she said made me sad. She said these fields will soonly be a new housing estate. 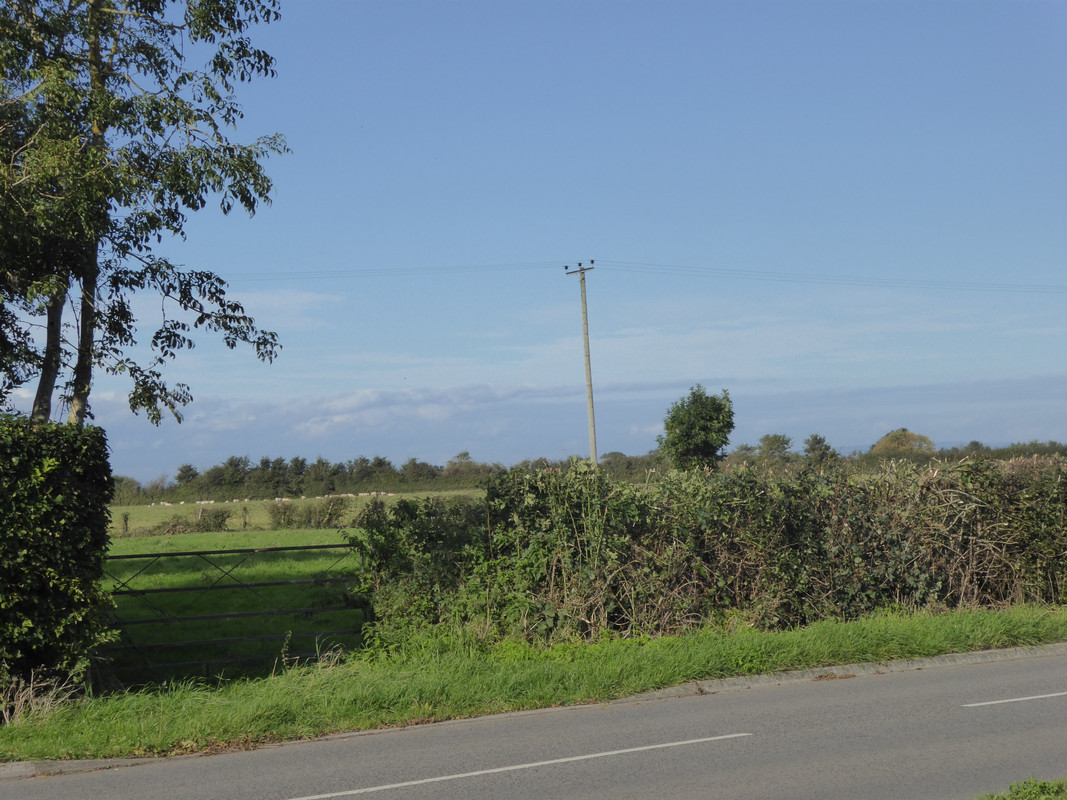 Further along the lane I asked these ladies for an opinion. All they had to say was Bah! 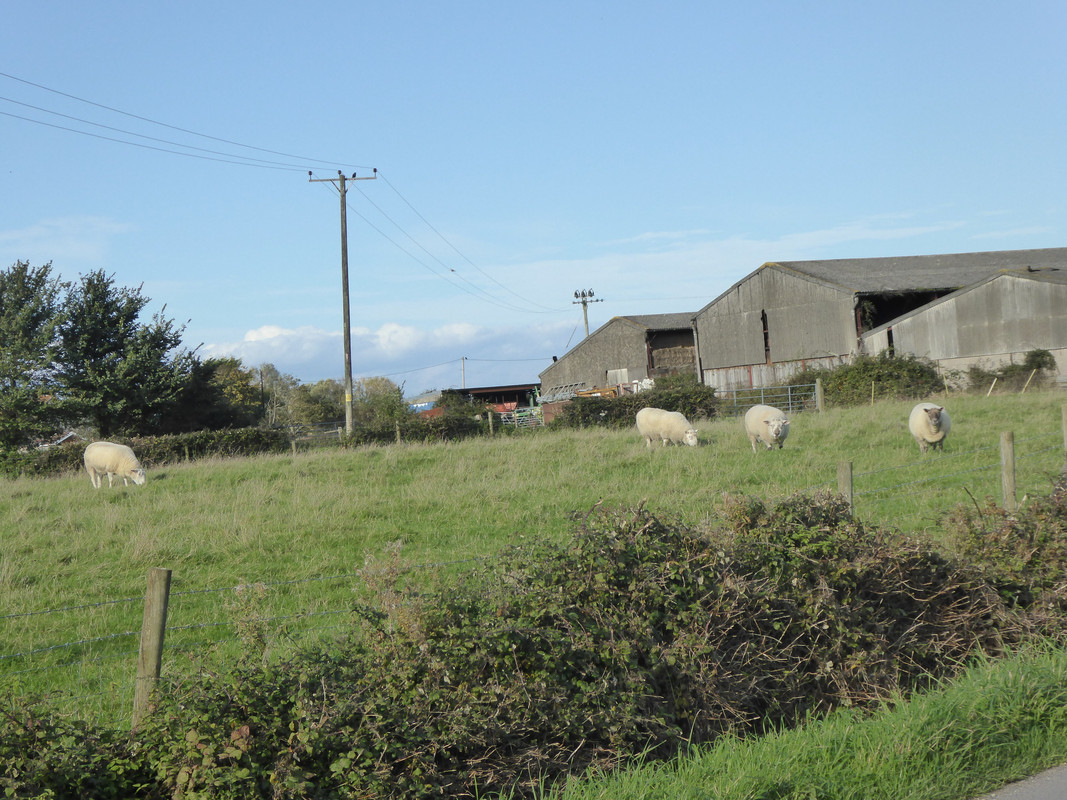 The view from a bridge to the right, 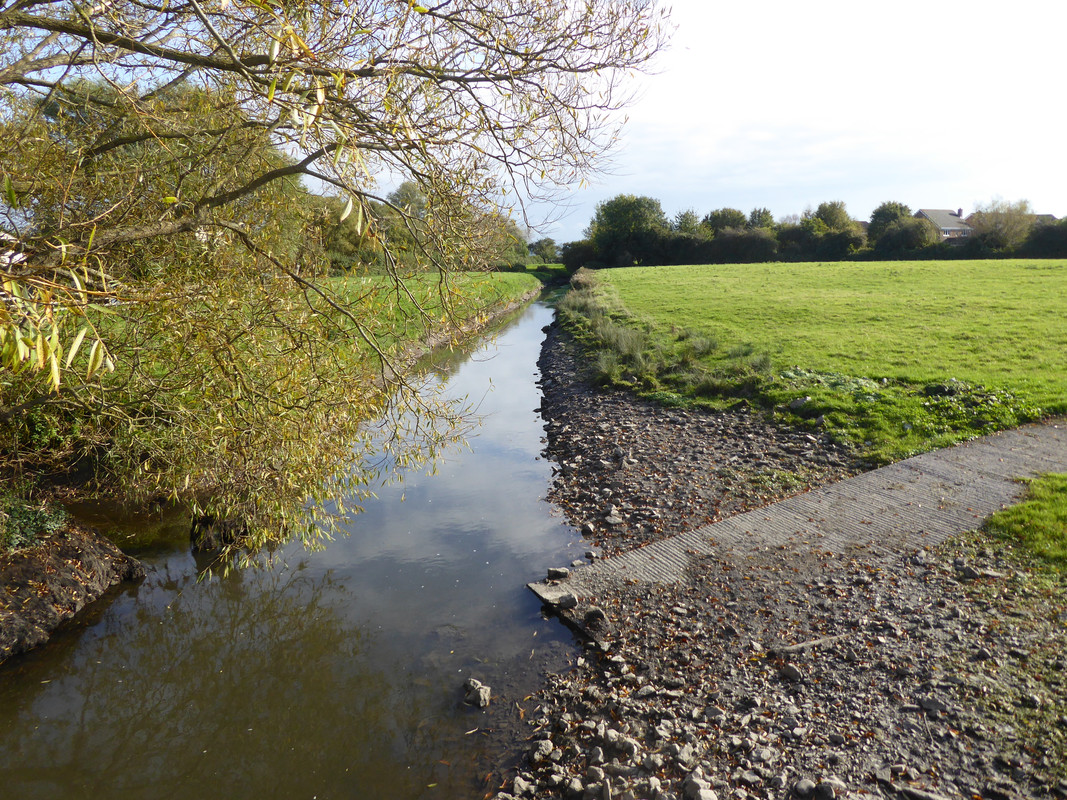 and to the left. 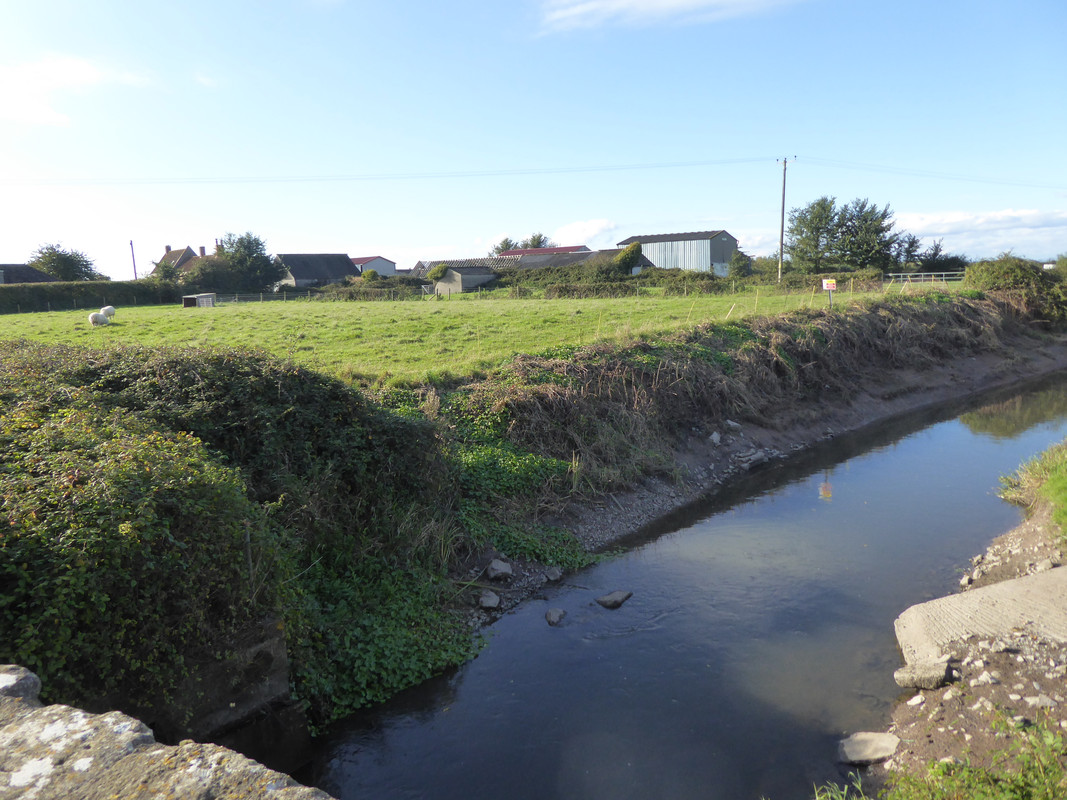 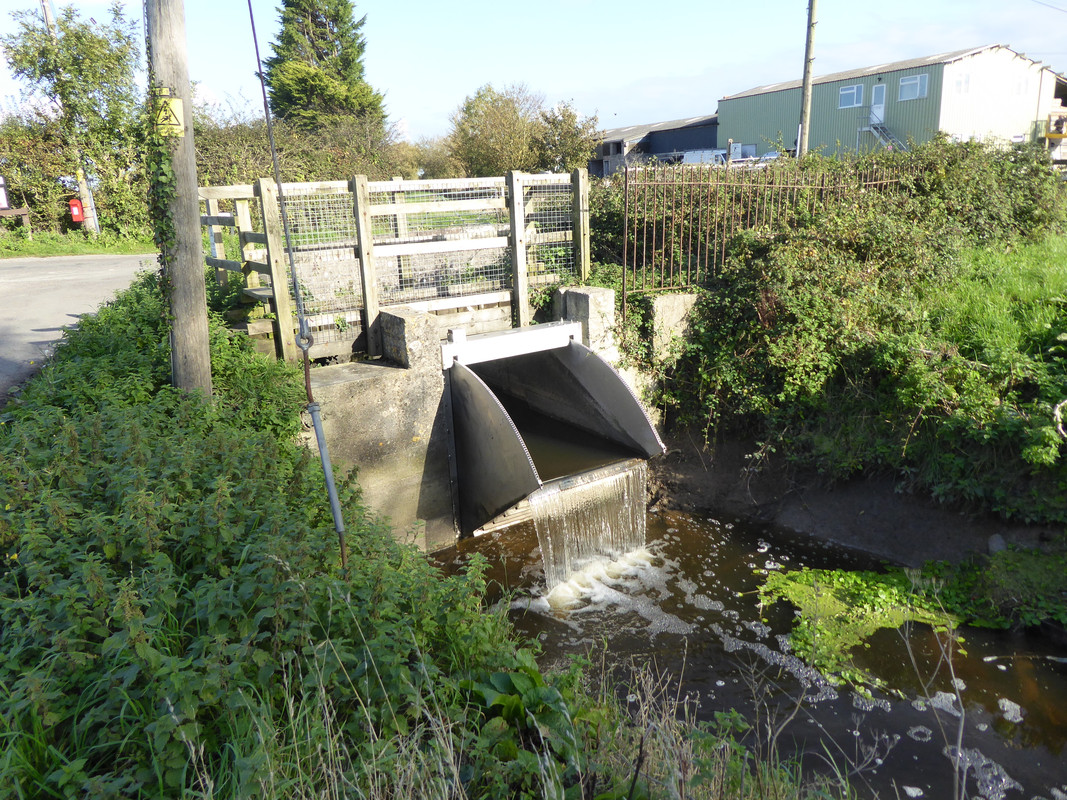 A George the fifth "lamp box", so called because they were small and usually hung on lamp posts where there was a low demand for postal collections. 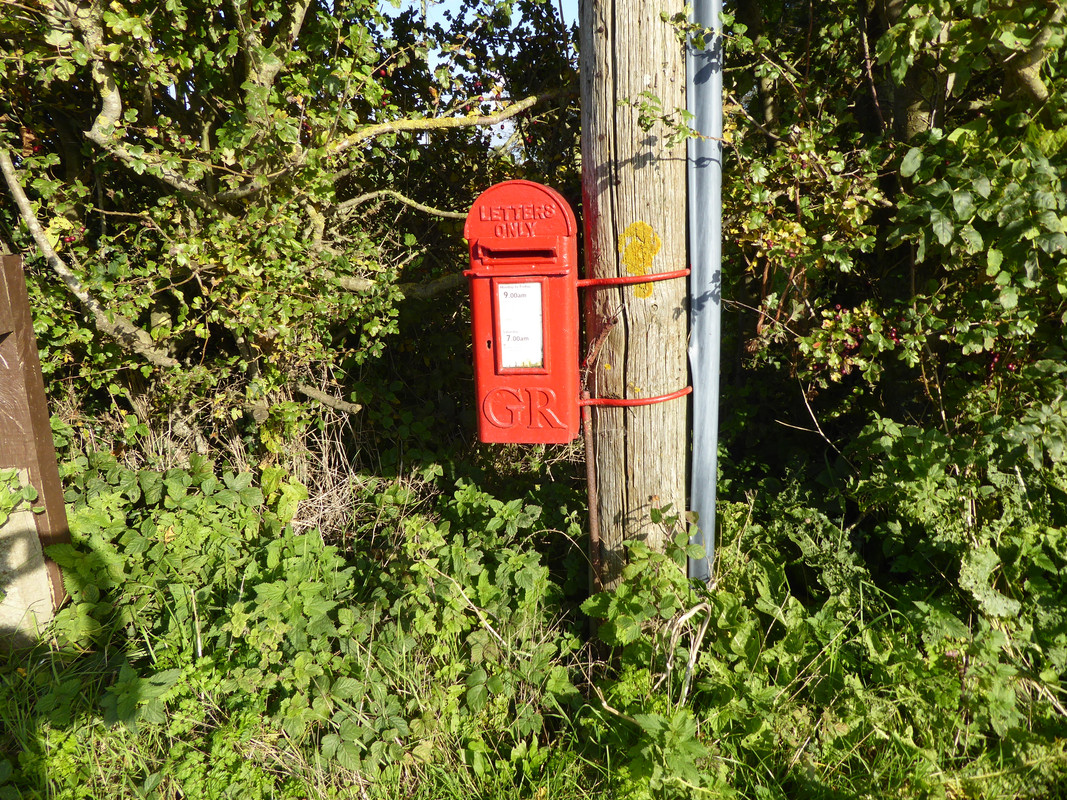 A Zumerzet Porsch. Well, they cost about the same amount. 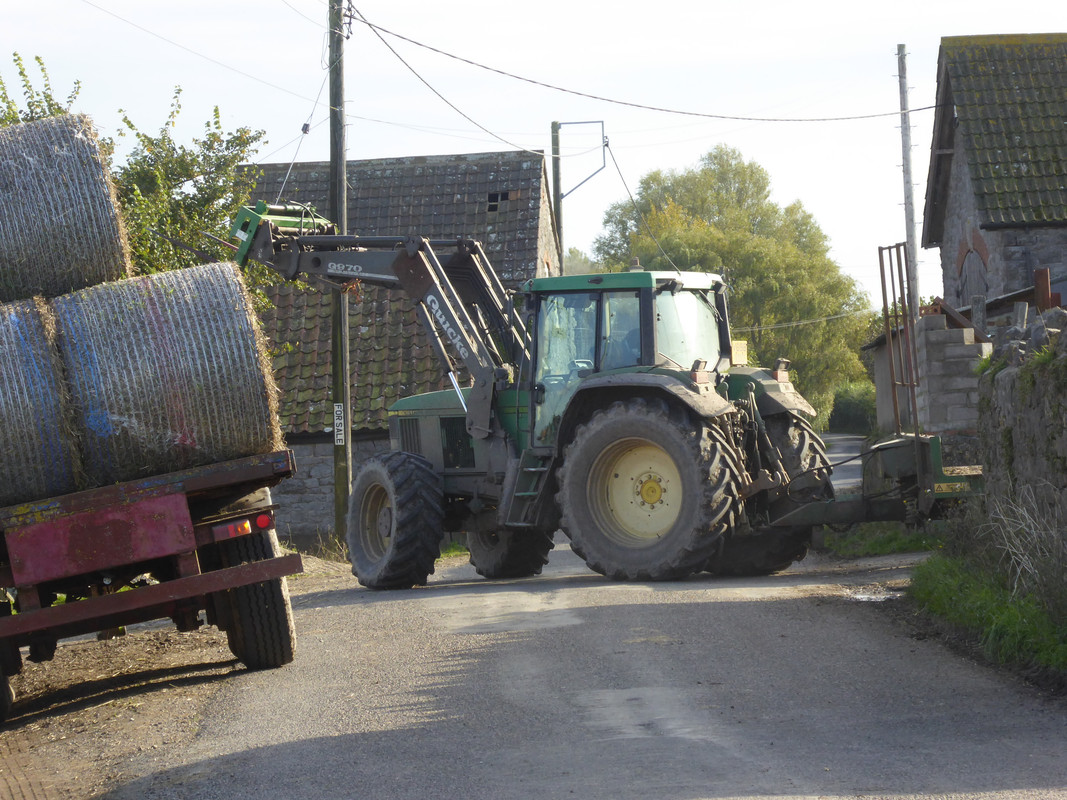 Our green and pleasant land. 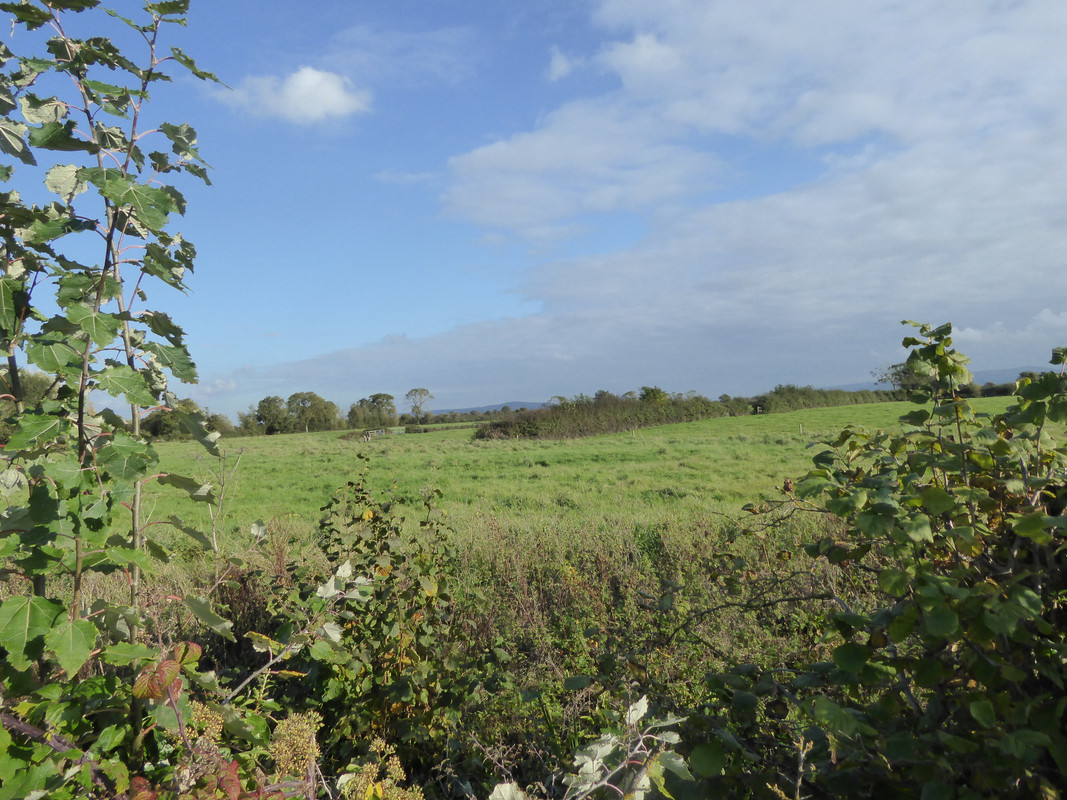 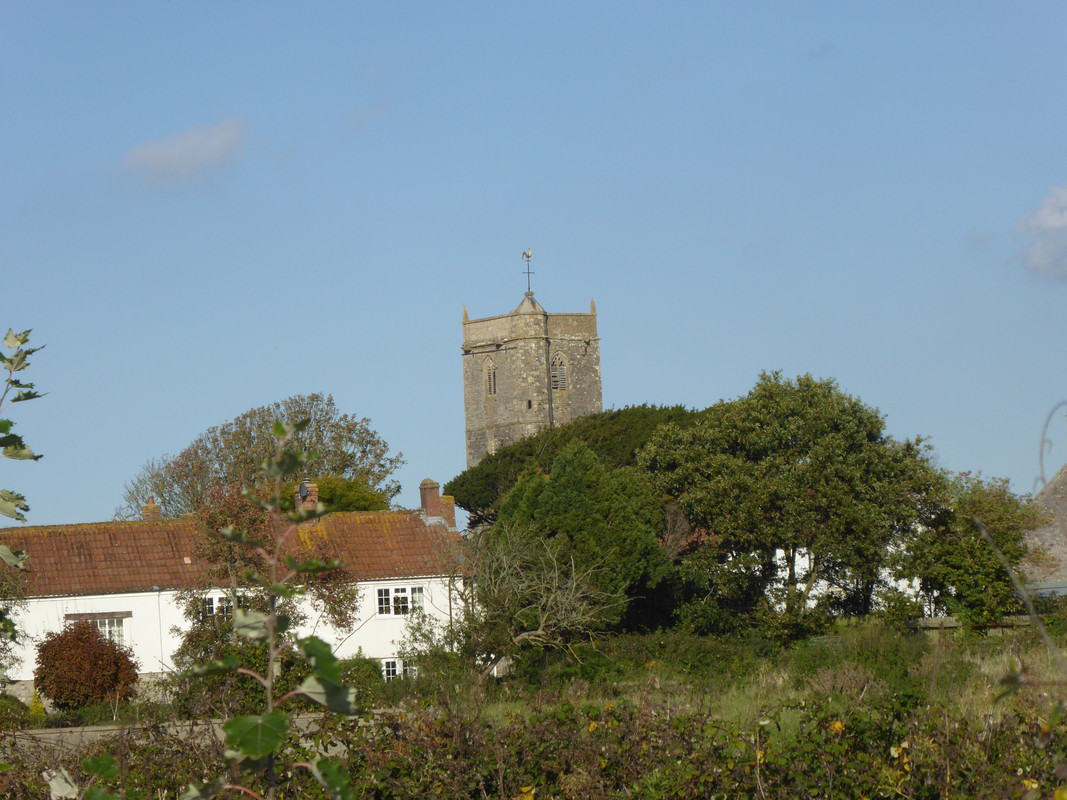 An old priory in the distance. No longer used for religious purposes as far as I am aware, but preserved and open to the public. 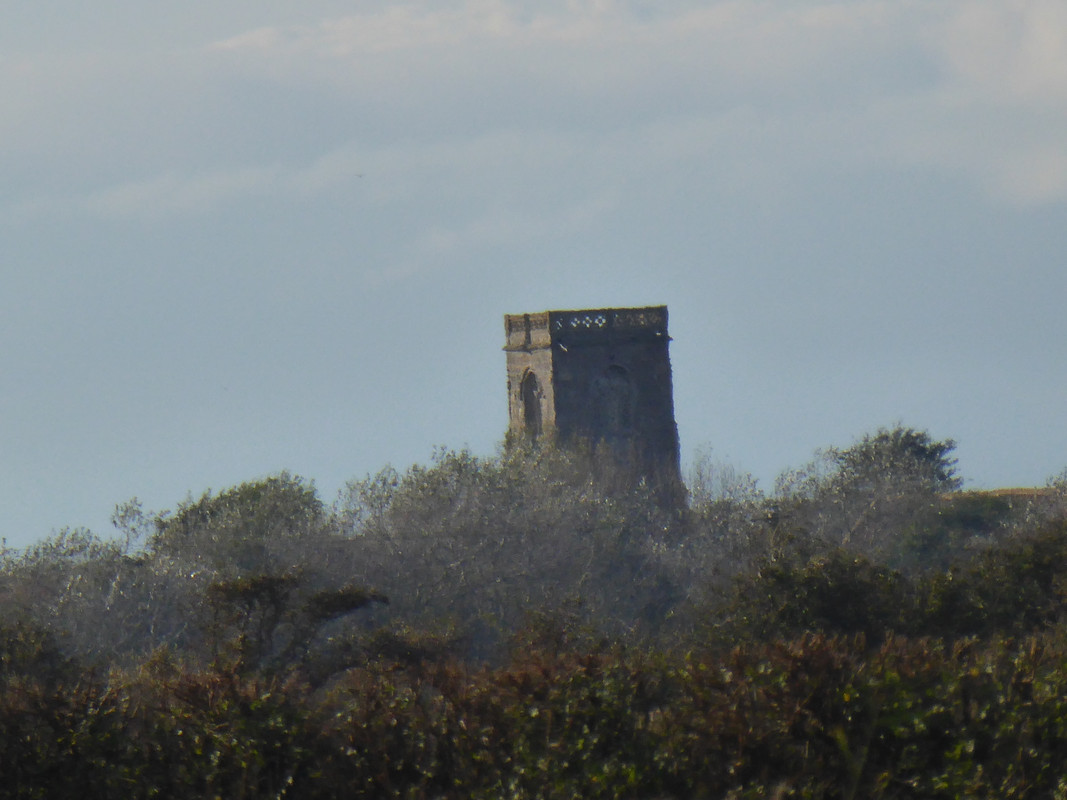 Clevedon, a few kilometres away. 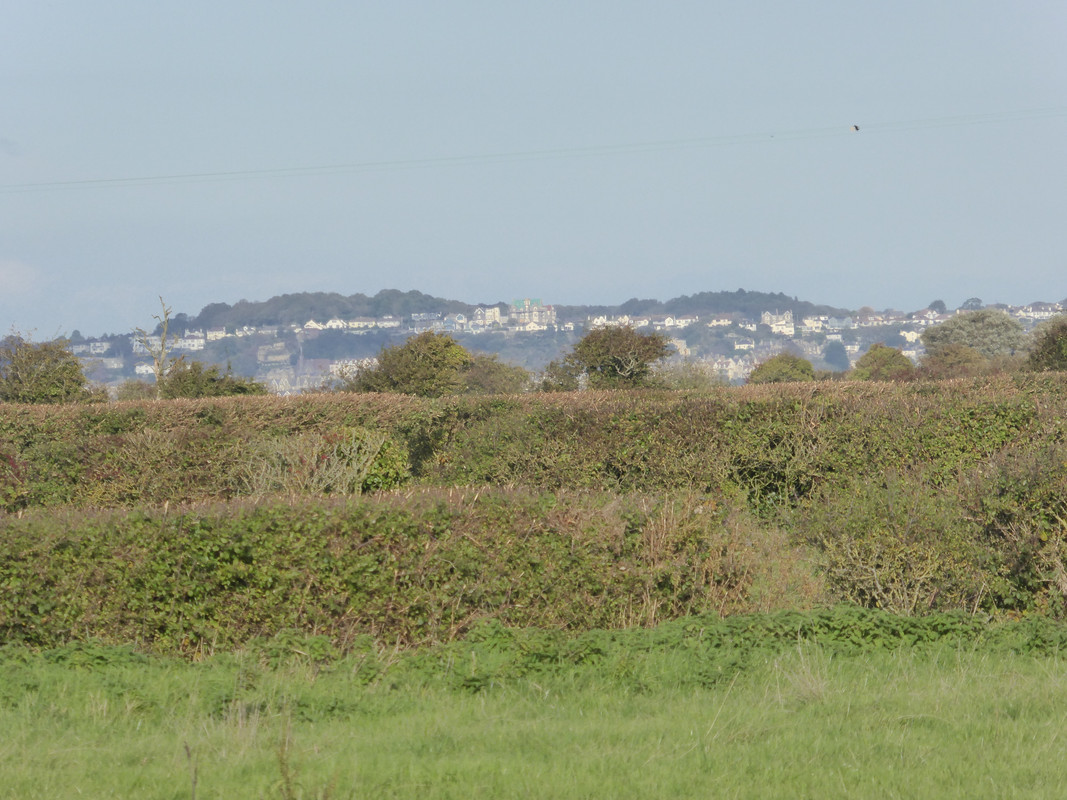 One of the locals giving me the eye. 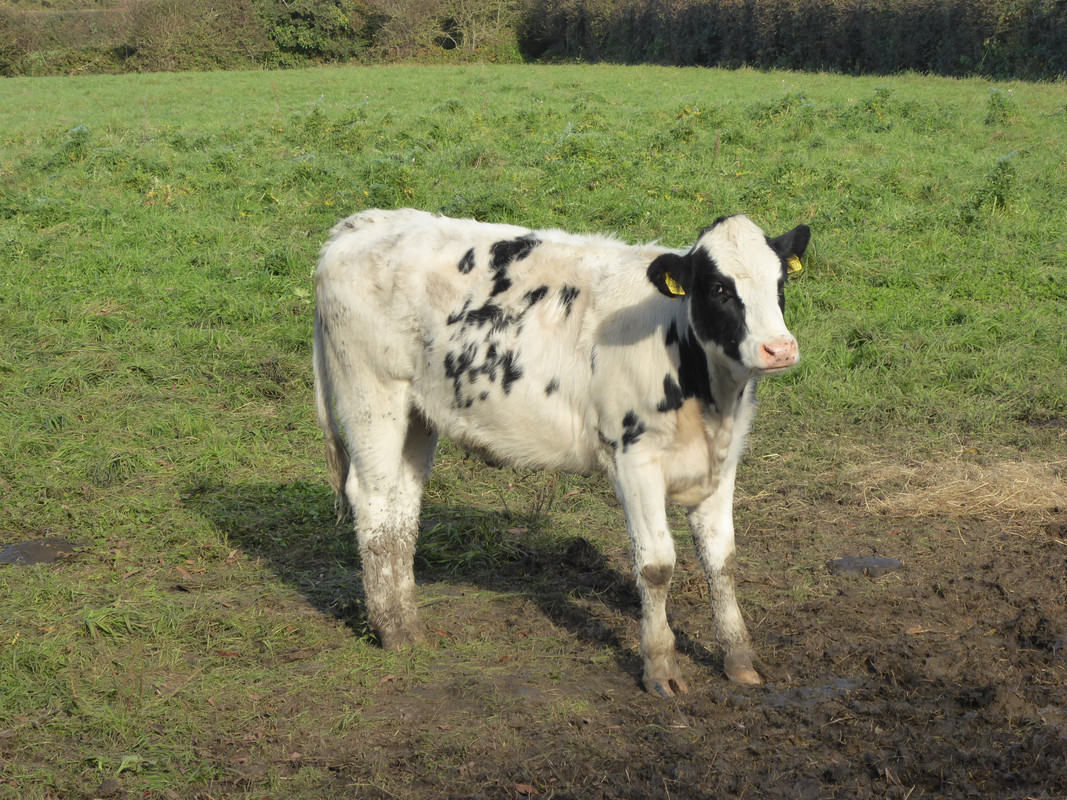 The "windsock" for a local aero model flying club. There were a couple of chaps flying their 'planes but they were just too fast for me to capture an image. 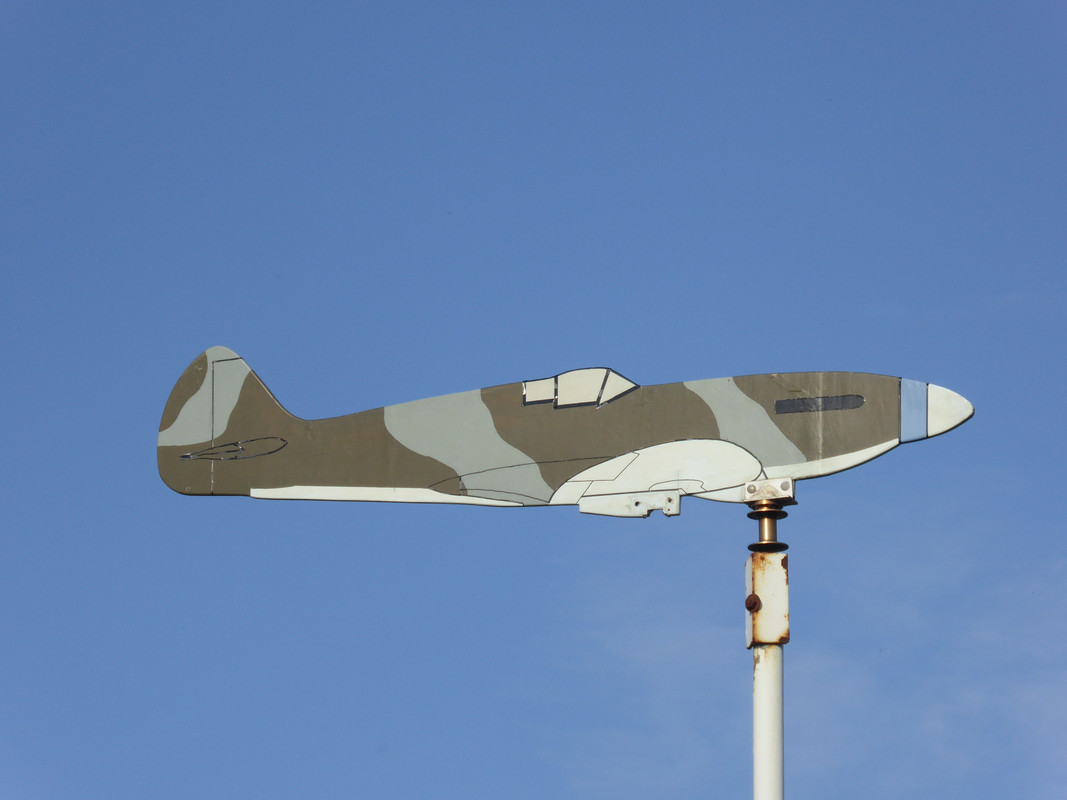 Another local. I'm not sure but I think it might be a buzzard as there were a couple in flight later on. 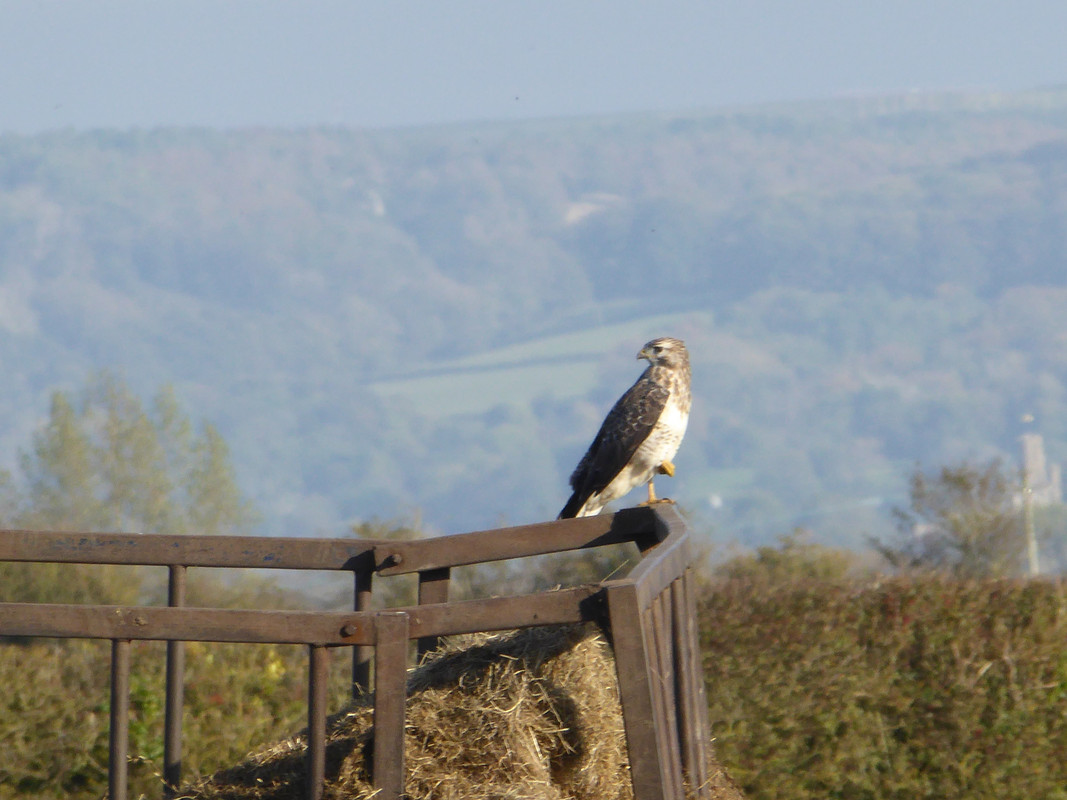 From the film Oklahoma, slurry with a hinge on top! 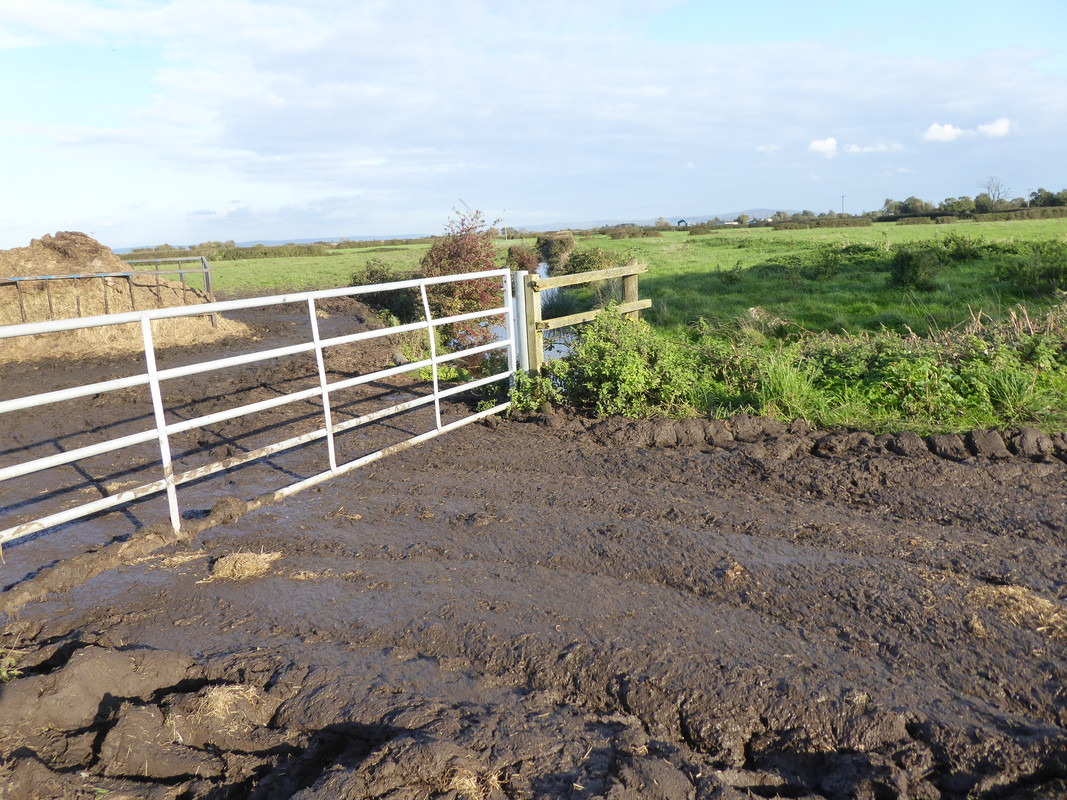 People off on their holibobs. I worked in the aero industry for 43 years and was suspicious of any operator that could turn an aircraft round in 20 minutes, but having flown with this outfit a few times on business I changed my mind.
I have not however changed my mind about the Irish outfit with blue and white 'planes. 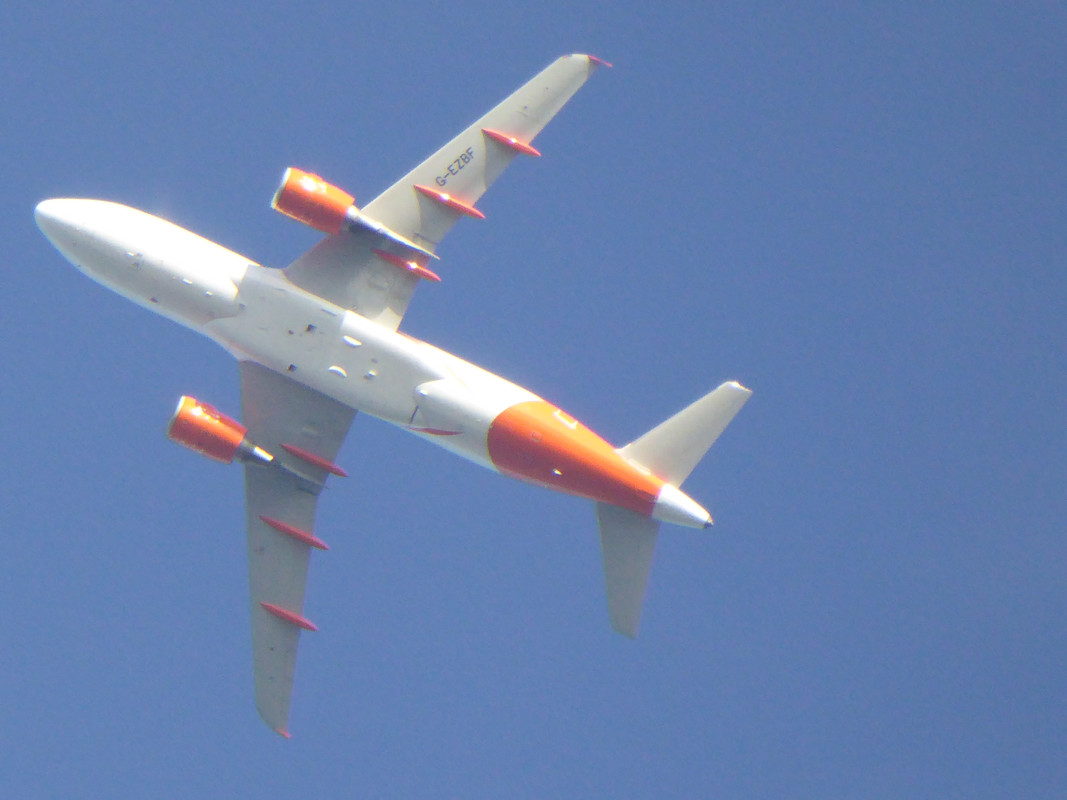 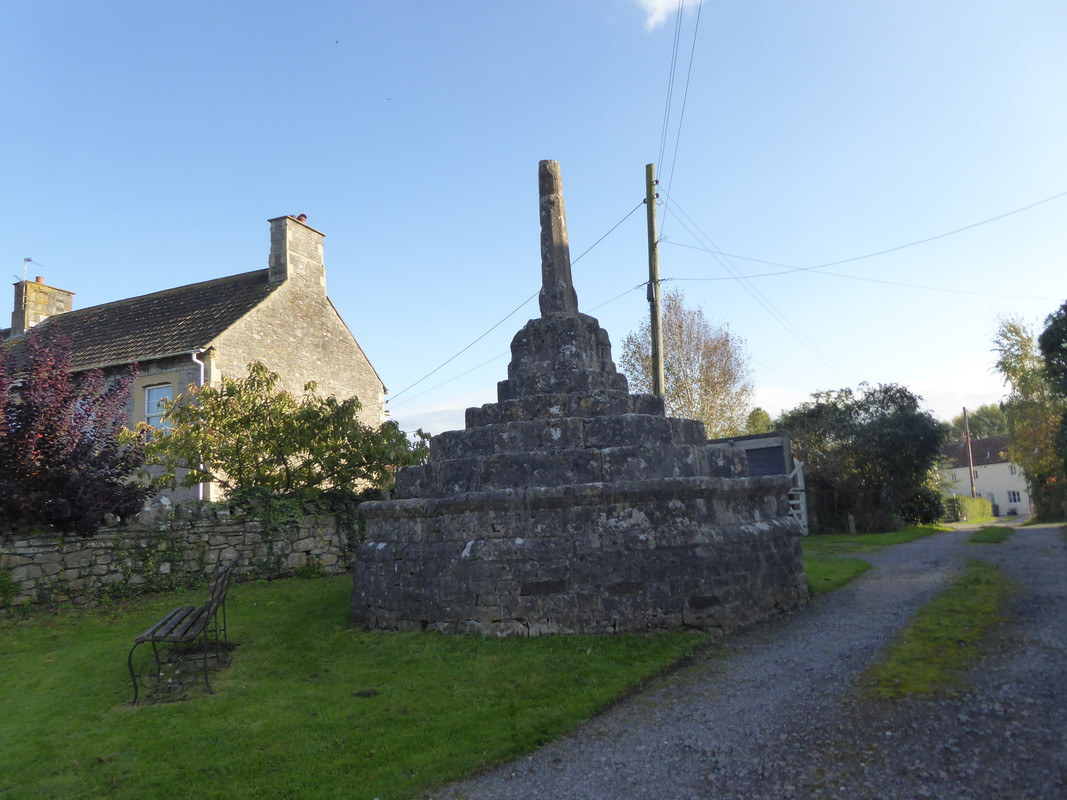 The aforementioned church, the same one from the earlier shot. 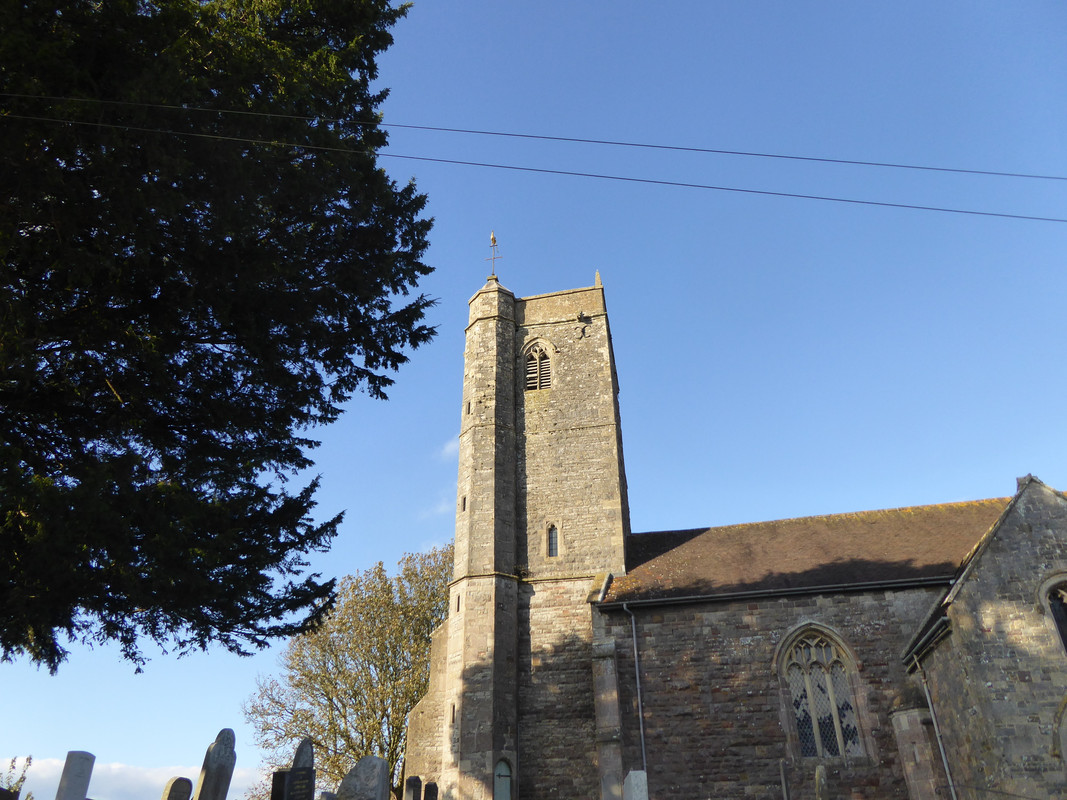 One of several Hunky Punks. These are grotesques but are not gargoyles. They are purely decorative and probably a throw back to pagan times, used to ward off evil spirits. 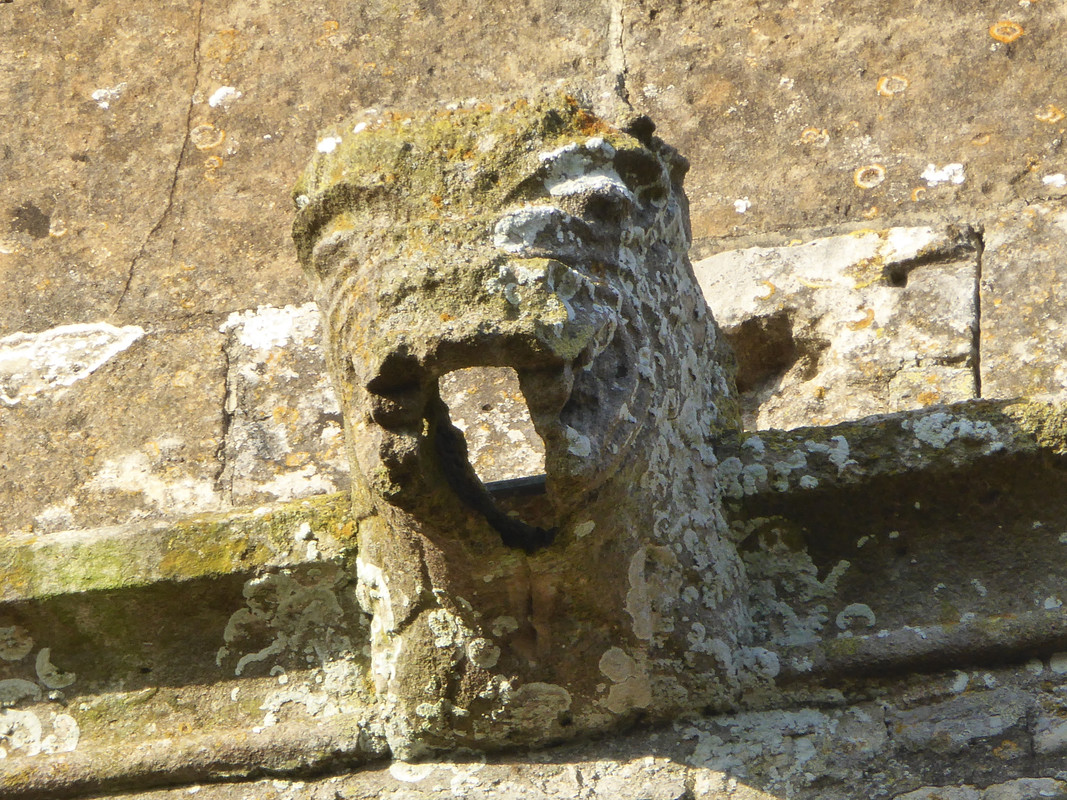 A private house that was possibly once a chapel. 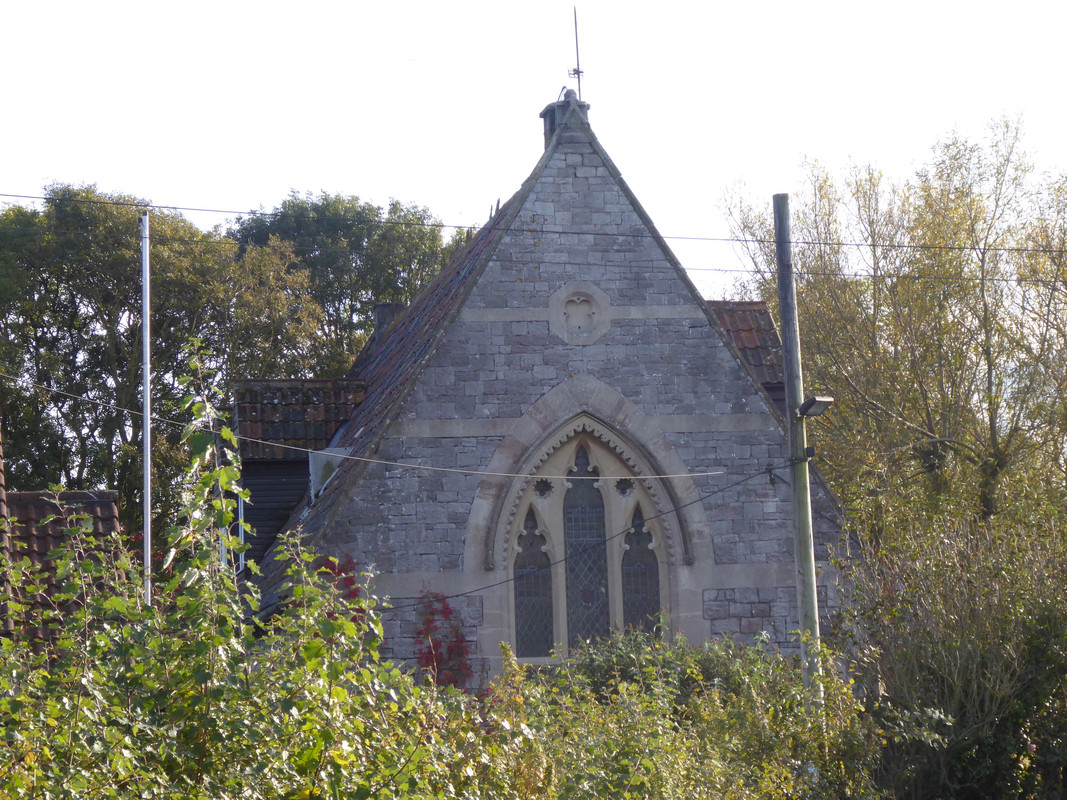 Birds on a wire. 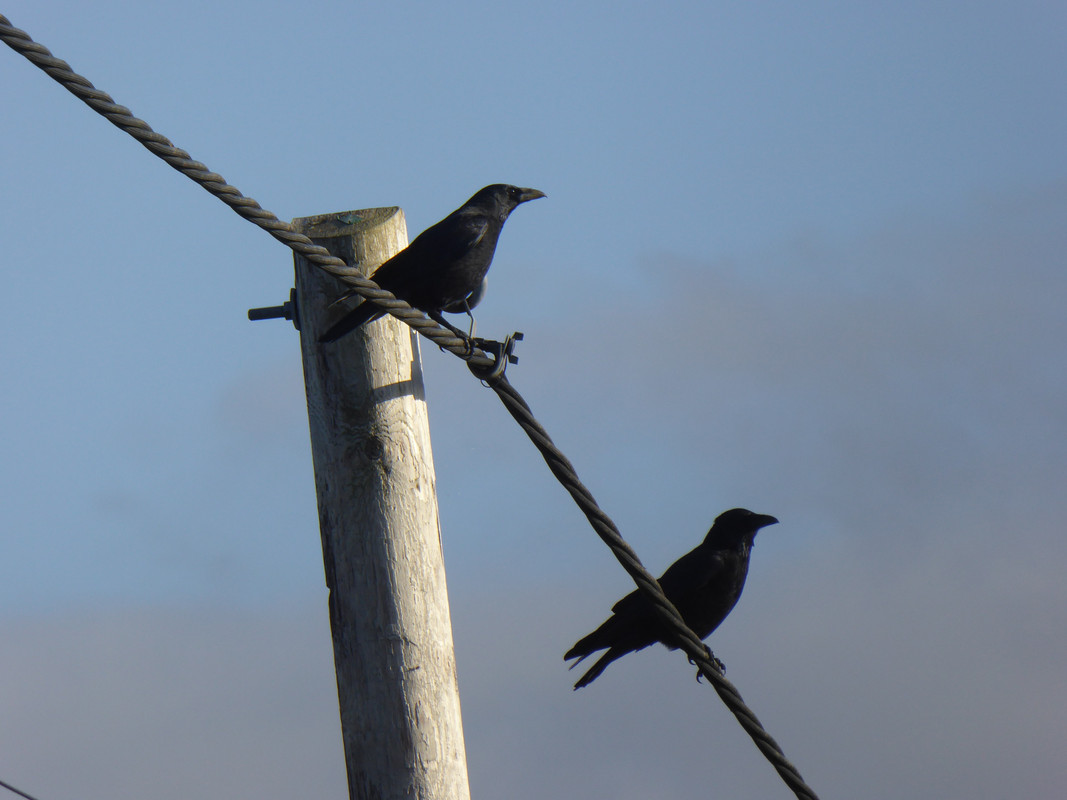 Yep, we still have them. Corn circles, by the trailer load. 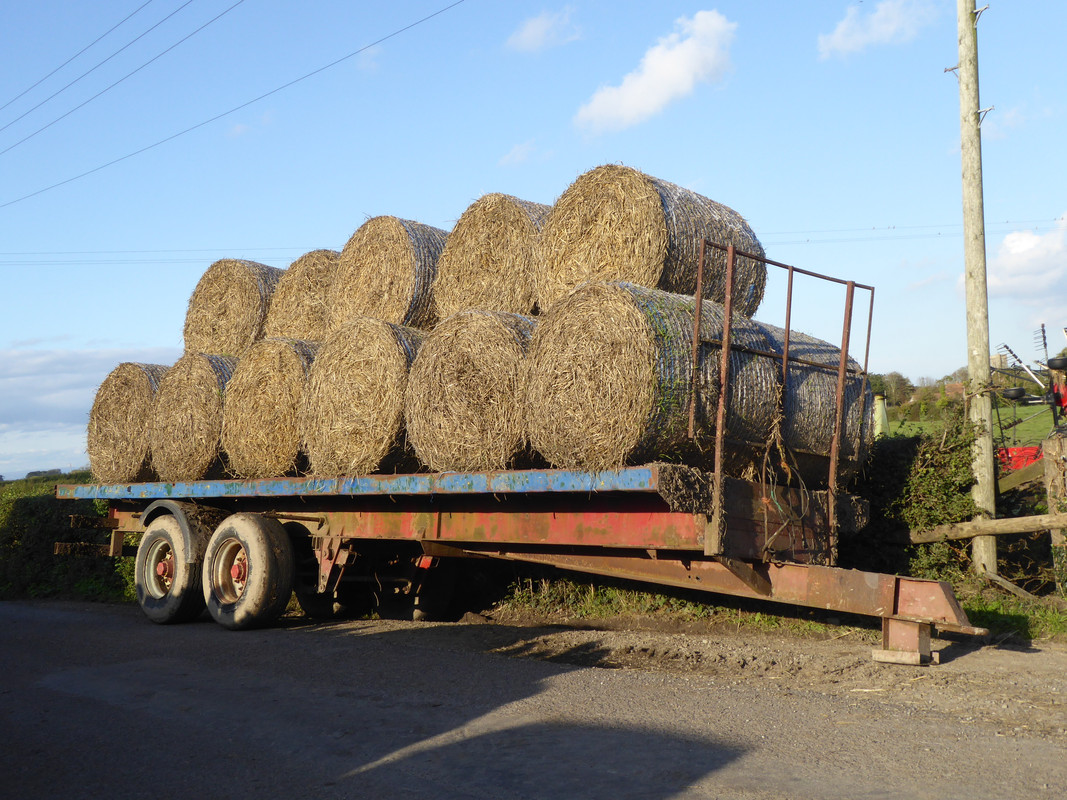 Does anyone want to buy 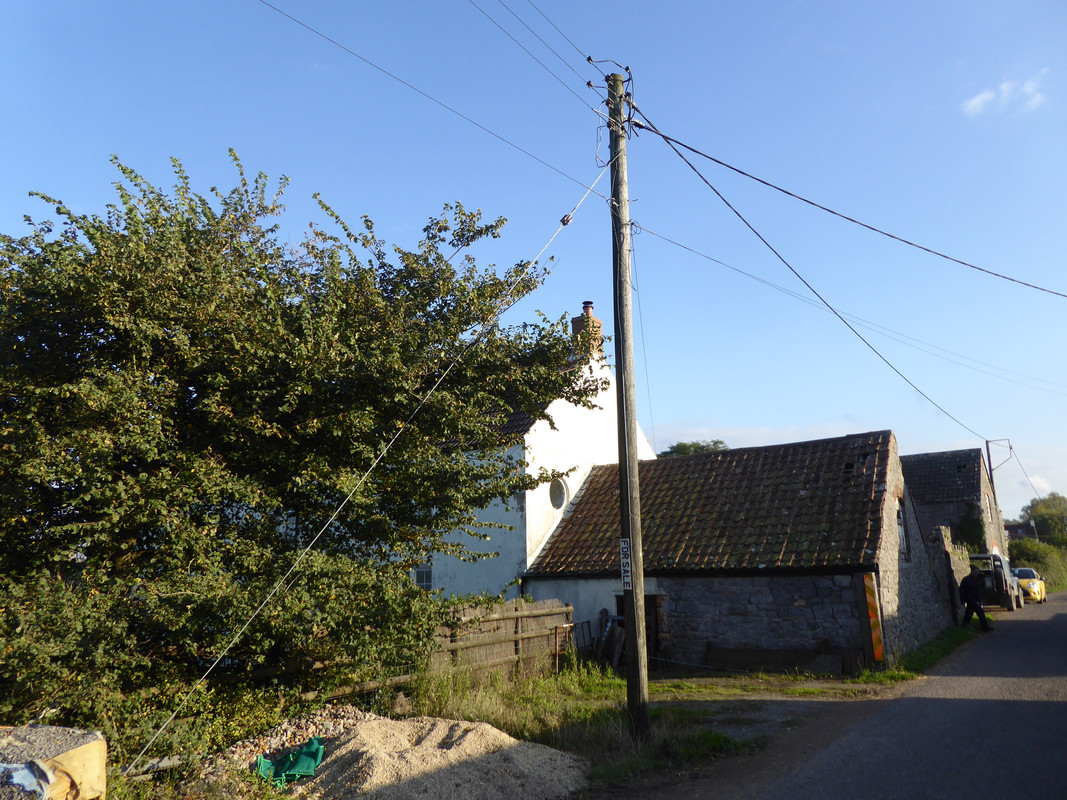 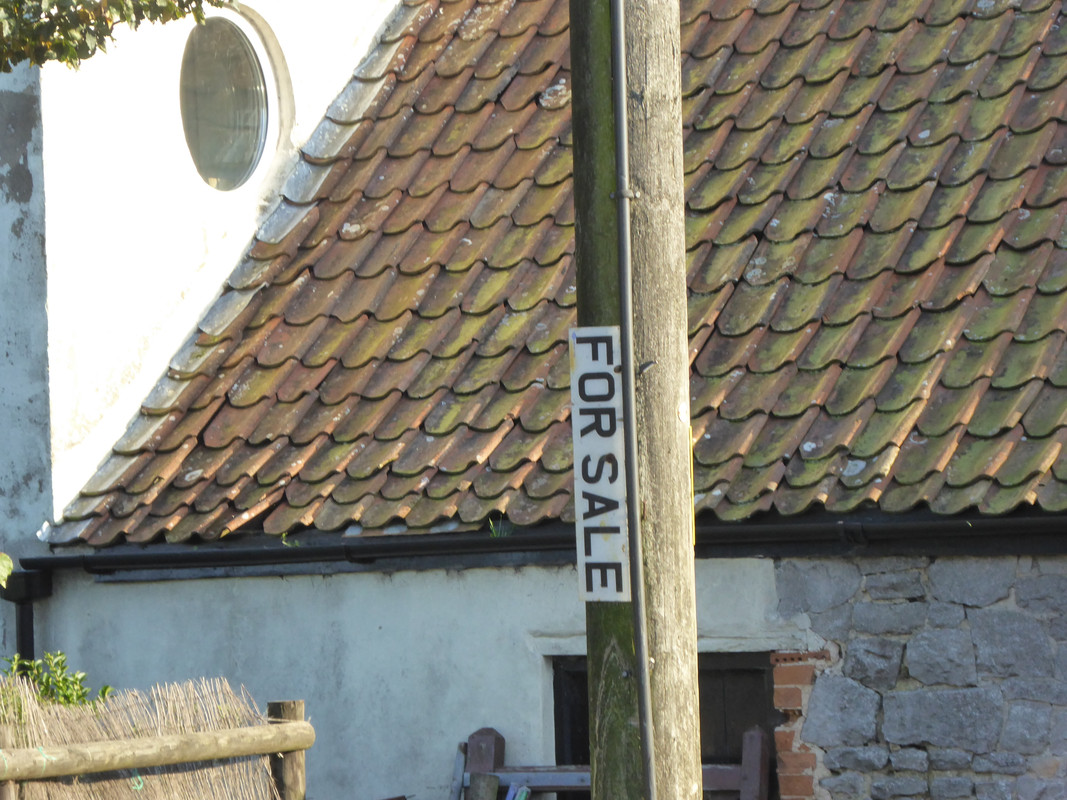 Very nice photos Fruitcake. The house building projects go on apace round here too, I sometimes wonder why the local people have to accept all this building and loss of beautiful country, after all, it belongs to us not some faceless bureaucrat sat in a planning office.

You are living the good life, Fruitcake. Such a nice day!

Originally Posted by Tiffany ->
Super photo's. Nice white phase Buzzard too. Well spotted.
I saw it come in to land. It was so big at first I thought it was a heron until I zoomed in with the camera.
I was about a hundred metres away when I rattled off three shots and then crept along the hedgerow. Alas by the time I got to the next gap it had disappeared.

I saw a pair circling a bit later but couldn't lock on to them for a shot in flight.

The old priory fascinates. And the underside of the easyjet is a cracking exposure.

Fabulous photos and well presented.
Thanks for sharing fruitcake.

Originally Posted by d00d ->
The old priory fascinates. And the underside of the easyjet is a cracking exposure.

This is another shot of the priory from a previous walk a couple of years ago. 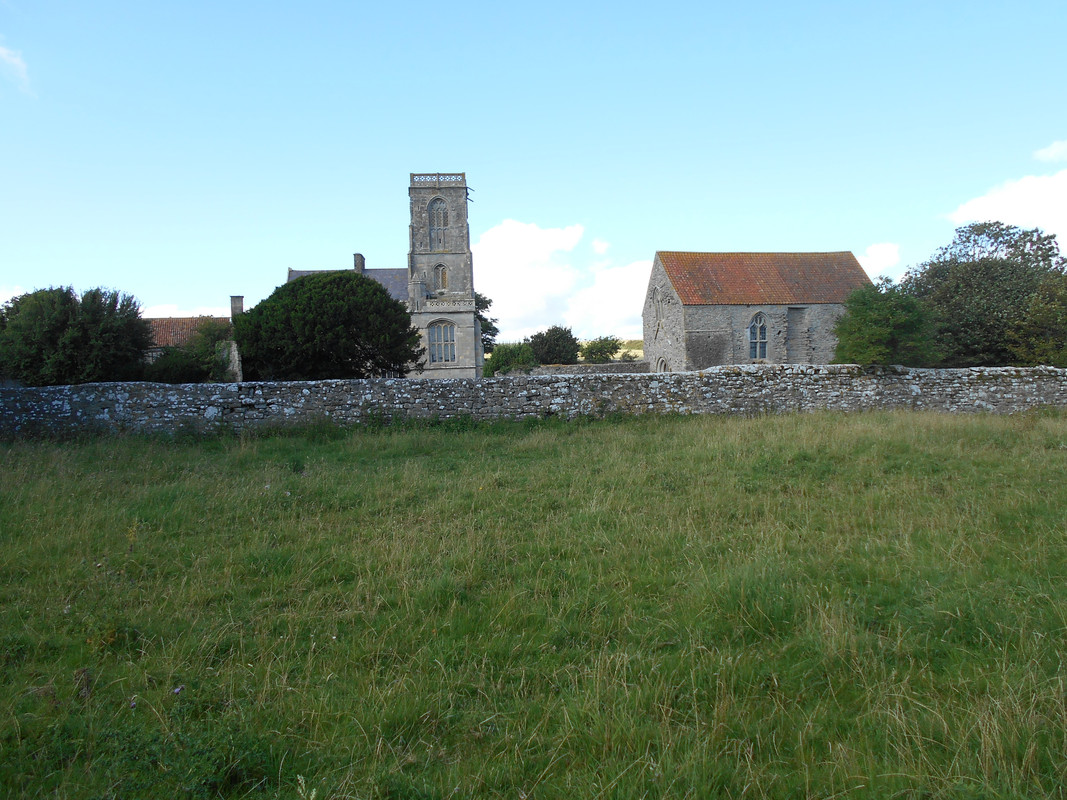 The shot of the hairy-plane was not easy. Hand held at times 30 zoomed, the 'plane took some finding as my shaky hands kept wandering off target.

An interesting tour Fruitcake, thank you!

The shot of the hairy-plane was not easy. Hand held at times 30 zoomed, the 'plane took some finding as my shaky hands kept wandering off target.
Blimey that's some zoom. And with shaky hands, you must have good stabilisation.