The lovely Bobbie Gentry was a female pioneer in the music business - she had the the voice, the looks and the brain.

Gentry was born on July 27, 1942, in Chickasaw County, Mississippi and raised on her paternal grandparents' farm. Her grandmother traded one of the family's milk cows for a neighbor's piano, and 7-year-old Bobbie composed her first song, "My Dog Sergeant Is a Good Dog". She later taught herself to play the guitar, bass, banjo and the vibraphone.

When older, she performed at country clubs, and encouraged by Bob Hope, in a revue at Les Folies Bergeres nightclub of Las Vegas. Gentry moved to Los Angeles to enter UCLA as a philosophy major. She supported herself with clerical jobs, occasionally performing at nightclubs. She also worked as a fashion model.

Gentry transferred to the Los Angeles Conservatory of Music to develop her composition and performing skills. She continued performing in nightclubs until Capitol Records executive Kelly Gordon heard a demo she recorded in 1967.

That demo was the country rock "Mississippi Delta" and the acoustic "Ode to Billie Joe".

From The Delta Sweete, a concept album based on modern life in the Deep South. Gentry wrote eight of the album's 12 tracks, which detail her Mississippi childhood and includes vignettes of home and church life ("Reunion" and "Sermon"), as well as recollections of blues and country hits she heard as a youngster ("Big Boss Man" and "Tobacco Road").

The album was not a success, nor were the singles, but Bobbie was doing it her way.

Also from The Delta Sweete, the central character describes how a man built her a pristine prison of luxury, while he emotionally removed himself from the relationship.

Ode to Billie Joe is an absolute classic.

I'm pretty sure she had a regular tv show in the UK .
I was deeply in love with her.

Originally Posted by Judd ->
Ode to Billie Joe is an absolute classic.
Indeed .....

Originally Posted by Tregonsee ->
I'm pretty sure she had a regular tv show in the UK .
I was deeply in love with her.
Indeed she did:


Bobbie Gentrys performances and on-screen charisma on variety programmes on both sides of the Atlantic had impressed the head of the BBC so much that early in 1968 she was invited to host her own show on BBC 2 making her the first female songwriter to front a TV series on the network. Together with producer and director Stanley Dorfman, they made six half-hour episodes every year for a total of 18 shows spanning 1968, 1969 and 1971. 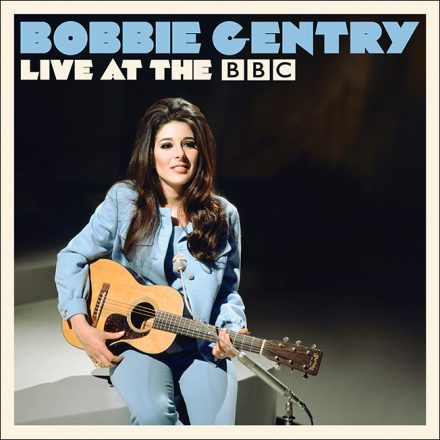 From Local Gentry, this song's story concerns small-town gossips and their meddling. Critics liked the album but the record-buying public didn't "get" her - album and singles failed again.

However, Bobbie was popular on US TV and made guest appearances on television shows hosted by Glen Campbell, Tom Jones, Andy Williams, Carol Burnett, and Bobby Darin, builing up a large fanbase.

Bobbie was displaying a worrying tendency towards not caring about commercial success, and so Capitol (her record company) sought to team their wayward charge with one of their fastest-rising stars for the collaboration album 'Bobbie Gentry And Glen Campbell'.

Like Gentry, however, Campbell had come from rural poverty, eventually pitching up in LA to work as a highly versatile session guitarist. He also toured with The Beach Boys in the mid-60s, subbing for Brian Wilson. More importantly, Campbell was "hot" - Gentle On My Mind and By The Time I Get To Phoenix were killer slices of country melancholia and they had both hit big.

'Bobbie Gentry And Glen Campbell' was a No.1 country album and achieved the success that Capitol had wanted. For Campbell, Wichita Lineman, released shortly afterwards, soon eclipsed it. As for Gentry, the albums legacy was trickier. None of her subsequent albums fully revisited The Delta Sweetes ambition.